Front pages: papers and social media react to the election 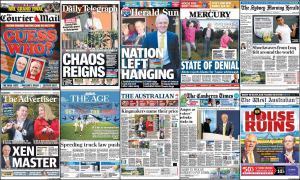 As Australia continues to come to terms with the latest from the federal election, we take a look at how the papers and social media have reacted.

Below are the front pages from The Age, The Australian Financial Review, The Sydney Morning Herald and The Canberra Times just to name a few.

Malcolm Turnbull generated most of the conversations on Facebook but slipped overall during the campaign. He started the campaign generating 80% of election-related conversations on Facebook. But by the end of election day, he was generating 69%, while Pauline Hanson received the biggest increase from 9% of Facebook election-related interactions to 30%.

It was abuzz with confusion when opposition leader @billshortenmp ate his democracy sausage sandwich side on, with #democracysausage trending throughout the day. Election Day, #PutLiberalsLast and #dogsatpollingstations were also trending topics.

One Twitter user wrote: "Shorten mainlining a sausage in bread from the side could be his downfall. #ausvotes"

Twitter put together a snag-o-meter tracking mentions of sausage sizzles and snag stands through the day - because they know Aussies are serious about their snags. 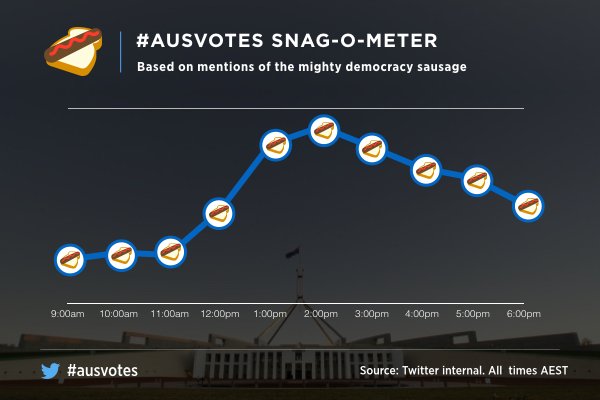 Here are the front pages of the newspapers from the last three days: 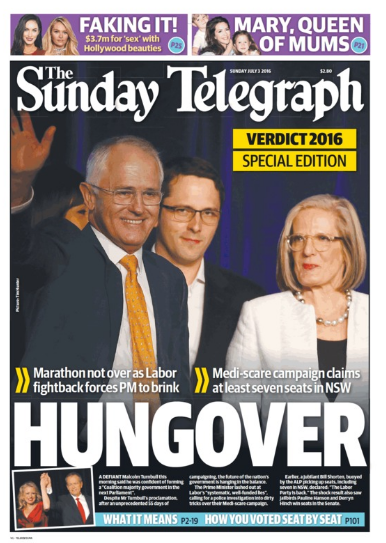 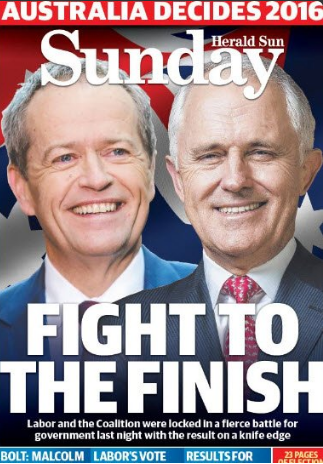 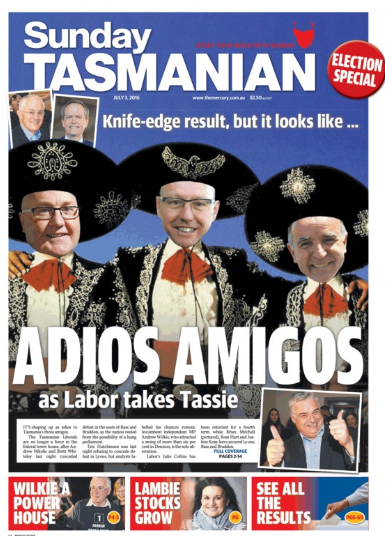 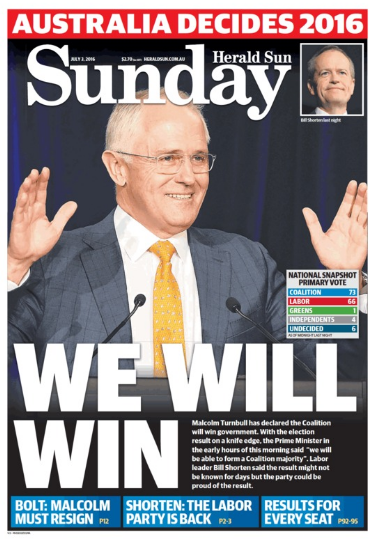 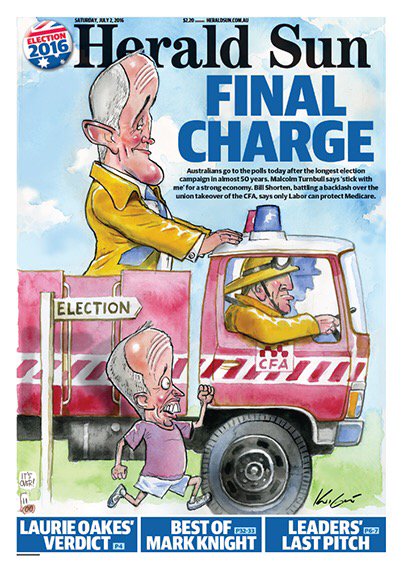 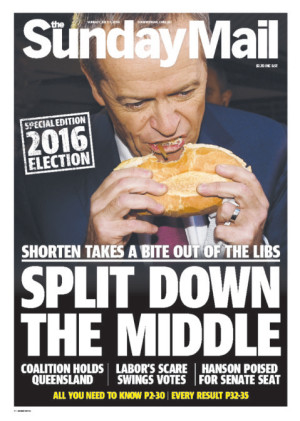 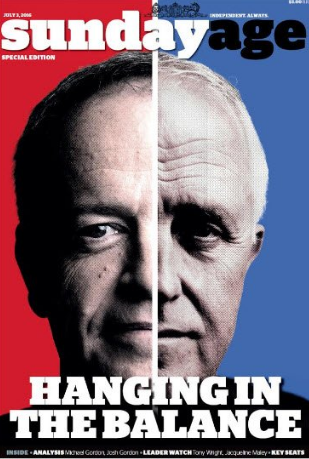