Liberals tap up Snapchat voters with first ever political lens 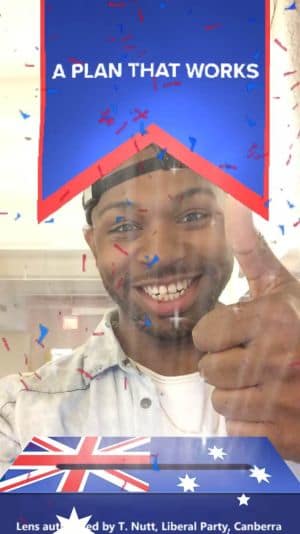 The Australian Liberal Party is the first political party globally to use Snapchat's sponsored lenses as it looks to tap into the youth vote ahead of tomorrow’s election (2 July).

It will run for 24 hours to mobilise younger voters before they head to the polls.

Sponsored lenses are designed to let Snapchatters express themselves and offer brands a way to be part of the interaction. They work by allowing users to apply visual effects and sounds to their Snaps before sending them to friends.

In the US political parties and candidates have used other Snapchat products – but not a sponsored lens. Australian parties have also been using geofilters. Bernie Sanders and Hilary Clinton both used filters.

Earlier this week Commbank joined the growing ranks of brands turning to Snapchat.