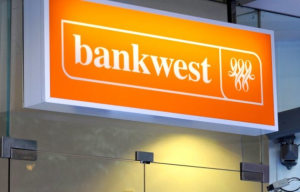 WPP, Publicis, Omnicom, Havas and M&C Saatchi are thought to be participating in the review, putting forward a solution which could include several different agencies.

AdNews understands the decision to review its relationship with Host came prior to the news it was merging with Havas.

"While Host (Host/Havas) have been our primary creative agency of record for over a decade, and remain a valued partner to Bankwest, we work with a number of partners alongside them.

"We are currently reviewing the broader ‘holding group’ capabilities offered by a handful of them (including Havas) as we review our ever-expanding suite of marketing needs and plan the optimal operating model for our business."

Despite confirming its looking at its agency set-up, Banks says there is not a creative pitch process underway.

The review will not impact Bankwest's relationship with its media agency Ikon.

With Host/Havas becoming one agency, the new entity could be a front winner in picking up more capabilities on the account, considering Bankwest's long-standing relationship with Host.

M&C Saatchi could also have the upper hand as they work with Bankwest's parent company CommBank.

Bankwest first appointed Host in 2007, last re-inking that deal in 2010. The agency was behind some of Bankwest's best known advertising, including its 2015 ad starring John McEnroe and its 2010 'Happy Banking' campaign.