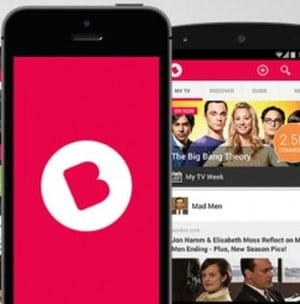 Zeebox has reinvented itself as Beamly as it makes a bid to be the top dog in the second screen space it believes is ultimately only big enough for one.

Announcing the global rebrand and relaunch at an event in Sydney last night, Jimmy Storrier, general manager of Beamly in Australia, said: “Beamly is the social network for TV.”

He told AdNews: “We are set up to be the one and only second screen platform. We have always been broadcaster agnostic. There is no doubt that at some point there will be consolidation into a single platform that's agnostic – people don't watch TV based on channels, they watch on content alone.”

So what about the old Zeebox brand? Storrier said: “It was a really hard decision to do the rebrand, but it was the realisation that the new product is so different from what Zeebox was when it launched. We thought a new brand identity was needed because so many changes have been made.”

Zeebox transformed into Beamly overnight, following a rebrand that was initiated from the UK.

The new platform enables users to build a social profile and network, follow TV shows, connect with fellow fans, discover new shows via recommendations based on what you like, discover content around TV shows and share content to other social networks, as well as view the TV guide

“Beamly is much more representative of what we are and where we are going with the product," said Storrier. "It's a second screen app that's about before, during and after a TV show. It has touchpoints throughout the day, whereas Zeebox was really about that experience during a show."

UK company Zeebox launched in Australia in 2012, with Network Ten as a launch partner, ready to rival Seven's Fango and Nine's Jump-in second screen apps. Foxtel then announced a deal with Zeebox in March 2013.

Storrier told AdNews that Zeebox, now Beamly, has been in constant discussions with Seven and Nine about potentially partnering with them as well.

“With a partner, you can go a lot deeper with the content,” he said. “People still talk about other networks' shows – like people talk about My Kitchen Rules on Facebook. With Seven and Nine we are in open conversation. This is a space that moves so fast, so we just want to keep the conversation open.”

A TVC to launch Beamly will go on air on Ten, Foxtel and online from tomorrow: