The Royal Commission into Advertising 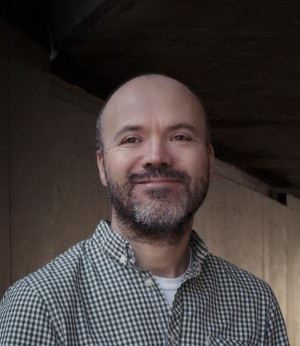 Our often-contentious marketing industry has more power than most in its ability to exert influence on ordinary people. So, it’s not inconceivable that a Royal Commission into advertising could be on the horizon.

The Royal Commission into Advertising – Day 1

The session opened with commissioner Ms V. Stern QC addressing the public gallery of average consumers, industry figures, spin doctors, brand mascots and news reporters. She vowed to leave no stone unturned in the commission’s quest to find ways to better protect Australian consumers from misbehaving brands and those who act on their behalf. It’s going to be a fiery few months ahead as the commissioner seeks to expose and flagellate the spivs, spruikers and snake oil salesmen (and saleswomen) of the advertising industry.

The morning session commenced with an all too common story from Mrs Hilda Grey, an elderly resident of the Pearly Gates Retirement Village in Adelaide. She told the enquiry how she was forced into a spate of rampant consumerism, caused merely by watching a few hours of daytime television. The public gallery gasped in both horror and delight as she listed the products advertisers had “made her” purchase. Her exhaustive shopping list included an Ab-King portable gym, 34 litres of milk, a pair of Slap Chops, the latest iPhone, a V8 Holden ute, three pre-paid funeral plans and even a vacuum cleaner so powerful it can lift a bowling ball. It was clear to all that the witness was both angry and deeply upset by her unintended splurges. In a touching moment, the Commissioner reached across to Mrs Grey and admitted that she too had purchased the Slap Chops.

Mr Fat Wallet QC, acting for the Federation of United Clients Australia (FUCA), was quick to rise to his feet and respond to the pensioner’s accusations against his member brands. “Clearly you feel manipulated by these alleged advertising strong-arm tactics, endured while enjoying entertaining reruns of Judge Judy, The Block and Sister Act – all I might add, for free?”
The old lady nodded confidently but then became uneasy as the QC continued. “But, Mrs Grey, I put it to you that you purchased these products simply because you wanted them. The truth is, you enjoy hearing about new products. In fact, you love brands.”

The old lady shook her head vigorously as the QC glanced towards the lady’s sneaker-clad feet and asked, “So, why did you choose to wear Reeboks today?”

“They’re Nike, not Reeboks!” snapped the old lady in disgust as the smiling QC resumed his seat while uttering, “Nothing more to add, Commissioner.”

The afternoon session saw the fast food giants come in for a grilling. The questioning became somewhat awkward when the Commissioner asked the McDonald’s legal counsel why he did not consider it misleading to portray the brand as being Scottish when it originates from America. The dumbstruck counsel stated this was simply not true, before also having to deny that the brand name was hijacked from a popular children’s nursery rhyme in a cynical marketing tactic to sell more Happy Meals. However, the Commissioner did not accept counsel’s repeated denials. She insisted that the company’s global head of advertising, a Mr Ronald McDonald, take the witness stand to answer her remaining questions in person.

It’s going to be an interesting, if not somewhat unusual, afternoon session.

For the first part of the afternoon, the Commission turned its attention to the minefield topic of advertising to children. The room fell silent as the first witness, Joshua Simpkins aged four and three quarters from Kogarah, shared his heart-wrenching story from somewhere behind the witness stand.

“I was watching some funny cat videos on YouTube, and the ad for the new SuperBot toy just kept popping up. It looked so cool flying through the sky with its laser guns blasting and all those wicked sound effects. It was amazing - I wanted one so bad!”

The toy manufacturer’s legal counsel, Mr Plas Tique QC, interjected proudly, “It’s one of our biggest selling brands globally!” Though his bluster was cut short as the little boy started to sob through the rest of his story.

“But when I opened the box, SuperBot didn’t do anything. It just stayed motionless in the box. No rocket thruster legs or flashing laser cannon eyes. It didn’t light up or even make a beep…”

Mr Tique QC tried to appease the growing angry chatter of the public gallery as the little boy sobbed in utter disbelief of the profound unfairness and disappointment of real life. “But son, SuperBots don’t actually do any of those things you saw. It’s just … an ad.”

By now the gallery was white hot with anger against the nasty dream-killing QC grown-up, shouts of ‘Shame on you!’ and ‘Charlatan!’ echoing around the chamber.

Keen to try and quell the anger, the brand’s QC responded, “But there’s a legal disclaimer on screen for 1.8 seconds at the end that clearly states the toy doesn’t actually move, fly, light up or make any sounds.”

All eyes moved to the witness stand as a little voice could just be heard to sob, “But I can’t read yet …”

When the public gallery had wiped away their tears, using new and improved Kleenex Tissues now 25% larger, calm was restored in time for the next session. The Commissioner turned her attention to some of the bold claims made by brands in their advertising campaigns.

At the stand, answering questions on behalf of his member clients was Mr Fat Wallet QC.

“I put it to you, Mr Wallet, that brands lie to the public, don’t they?” enquired the Commissioner.

“Absolutely not, the advertising industry is extremely well regulated with numerous approval authorities” replied the QC with confidence.

“Ok then, so why was the line, ‘Toyota Hilux. Unbreakable’ ever permitted?!” The Commissioner continued, “I saw one such vehicle with a huge dent in it on the way here today. It’s just an utter lie!”

The staggered QC responded, “Well, it’s not meant to be taken literally…”

On a roll, the Commissioner continued, “And what about ‘Red Bull gives you wings’, I suppose that’s not misleading either?”
The QC shook his head in disbelief as he replied, “No one would think it actually grows wings on you…”

“I did!” snapped the Commissioner to howls of laughter from the public gallery. A little hurt, Ms Stern fought back. “OK then. The line ‘Fair and Balanced’ used by Fox News. You think that’s accurate?”

“Well, I must admit, you’ve got me there Commissioner.”

Ms Stern then called the next witness, and a man instantly recognisable as the captain from the Flight Centre campaign took to the stand.

The Commissioner smiled as she started to probe the epaulette-adorned new witness. “So, captain, you are the figurehead for an internationally successful travel brand?”

“Yes, that’s right. We fly people all over the world.”

“And herein lies the issue”, interjected the Commissioner. “You don’t fly anyone anywhere, do you?”

Cut short in mid-sentence, the Commissioner continued, “I put it to you captain that you are not a real captain at all, but a fraud invented by some weed-smoking advertising type. You’re a total imposter!”

“Does that really matter?” replied the now bored male actor from Pymble.

“You don’t have a pilot’s licence, do you captain? In fact, do you hold any relevant licence?” enquired Ms Stern.

“A fishing licence?” mocked the captain with a smile.

With that, the session was adjourned.

Following a much-needed afternoon break, sponsored by Kit Kat, Mr Ronald McDonald was called to the witness stand to take the Commissioner’s remaining questions. The gallery was now packed with colourful brand mascots who had all turned out to support the star witness, Mr McDonald. His cheer squad included Bundy Bear, Louie the Fly, the Milky Bar Kid and Paddle Pop Lion. Plus, in a remarkable show of brand solidarity, the Bridgestone Gecko could be seen standing shoulder-to-shoulder with the Michelin Man, on his shoulder.

The Commissioner gestured for the gallery to settle before turning her attention to the new witness. “So, Mr McDonald, I have to compliment you. Your meals do look very appealing in your advertising. The delicious way the fresh ingredients tumble and bounce in slow motion under a mist of water droplets. The mouth-watering beef patties sizzling away on a hot skillet…”

Surprised that he was receiving praise rather than criticism, Mr McDonald chimed in, “And don’t forget the special sauce, lettuce, cheese, pickles…”

But then the Commissioner pounced, cutting him short.

“So, Mr McDonald, then why do the burgers in your restaurants never look like the ones depicted in your commercials?”

Clearly a seasoned warrior in the advertising debate, Mr McDonald took a deep breath and responded. “I realise Commissioner that it’s popular to portray me as some kind of corporate clown. The glossy façade of the fast food category. But the reality is consumers choose what they want to buy. I don’t frogmarch customers into our stores and up to the counter. It’s their decision and their decision alone. It’s called customer choice.”

Stunned that she had been out-gunned by a clown with red hair and knee-high stripy socks, the wig-wearing Commissioner adjourned the proceedings for the day.

The next session will see creative agencies take the stand ...