The rise of stealth wearables? 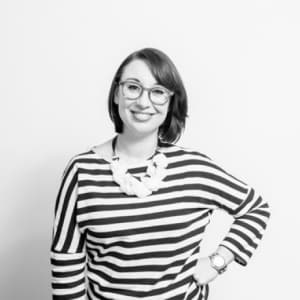 Recently, Google announced the end of its ‘Glass Explorer’ pilot program with the technology now in the hands of Nest founder, and ex-Apple executive, Tony Fadell.

In June 2013, Forrester Research speculated that Google Glass would be the next iPhone. Senior analyst Sarah Rotman Epps said in her Google Glass blog post:

"By that, we mean that Glass is extremely compelling but extremely limited in its current form, just as Apple’s Newton was. But Glass is continuously improving via over-the-air updates and new applications, and we have no doubt that in time, Glass will be the next iPhone”

However, only 18 months on, I am reading articles such as “5 reasons why Google Glass failed.” Of course, anyone sitting in a startup would suggest that there is no failure, but learnings to build upon, which I tend to agree with.

Whilst we haven't seen wide consumer uptake of Glass there are a few very good reasons that the concept appealed, yet the reality of Glass didn’t catch on. Many people loved to hate Glass wearers. Google's rather elitist invite-only testing period may have appealed to early adopters ‘in the loop’, and even the luxury of forking out $1500 for the privilege however, 'Glassholes' became a popular term to summarise all those folk you'd seen around tech conference, wearing their glass with pride, whilst the rest of us would snigger at how pompous they looked.

There was a certain mystical presence of Glass when it first launched – like seeing a unicorn out in the wild, yet it soon lost its sheen with its fan base ridiculed and questions asked around the usefulness of the device.

So, if people loved to hate Glass, what does this mean for other emerging wearables and regular folk?

This year, CES was awash with wearables of all shapes and sizes. Wearables for your baby, your dog, your wrist, your neck, your chest – the variety of uses really is mind blowing. Most major wearable manufacturers from the fitness dominants Fitbit, Garmin, Withings and Misfit were there, as well as the smart watch leaders, Motorola, Samsung, Pebble, LG and Sony.

Interestingly, although wearables CAN give you all the information of your smartphone - who’s calling, text someone back, where am I, what’s in the diary for today - the tech community is starting to ask, ‘do I really need all this information on my wrist for it to be meaningful?’

I participated in a tour of Tech West by CNET’s Seamus Byrne who talked to our group about how if you’re going to discuss wearables, you must be thinking about sensors. We’re seeing a rise in what he dubbed, ‘stealth wearables’.

These are wearables that don’t look like they’re connected: they’re not furiously flashing at you when you get a text message. They are watches (Martian watches), jewellery (Tory Burch and Swarovski), earphones (The Dash) or skin sensors (AmpStrip) that are tracking your movements, your heart rate, your blood pressure, even your oxygen saturation levels!

As we’re seeing a trend in smart home technology, which consolidates functions around the home by streamlining objects such as speakers, lighting and security systems, we’re seeing a similar proposition in the wearable market, where devices will add additional value to your day-to-day life, in an unobtrusive way.

The future of connected devices looks bright, but as a consumer base we’re still testing and learning how we want this technology to fit into our lives. Glass in its current iteration hasn’t caught on, but back in April 2014 Google put a patent on camera embedded contact lenses. Maybe, the future of Glass will be stealth?

So what does this all mean for marketers and brands? As we see an increase in the use of wearables by consumers we will see a natural appetite for brands to want to get involved in this space. If we’re seeing consumers and hardware manufacturers move into more subtle interactions, then we as marketers need to be cognisant of providing natural brand extensions from these device experiences or look to incorporate the data available into new branded service opportunities.

Wearables offer a wide array of new platforms for brands to integrate into; however, as we’ve seen with Glass, sometimes stealth is more.

Test and learn – but most importantly, listen!

Sarah Stringer is the Group Innovations Director at Carat Australia