The entire team is responsible and doesn’t send blame elsewhere 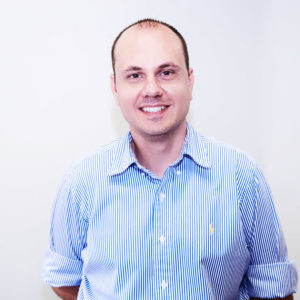 A sporting team won’t win premierships without a coach and team being united in their strategy and efforts, much like the corporate world where companies won’t be successful unless employees are aligned with its vision and purpose.

When Wayne Bennet coached the St. George Illawarra Dragons, he brought success back to the club.

A club that has one of the greatest records in the game but hadn’t won a premiership since 1979, until 2010 under Wayne Bennett. How much credit does he deserve for the team’s wonderful run of success under his coaching?

Too many people try to turn this debate into a black and white point of contention. I hear some people say it’s the coach, and others the team.

However, I truly believe there would be no premiership wins without the complex interplay of both.

Additionally, effective coaches – or even business leaders – have reached where they are today because they have reflected on their years of experience and drawn valuable learnings from them in order to Find A Better Way.

As I look back on my own experiences as an investment leader, working at a multinational agency over the past 14 years, there are definitely some key lessons about leadership, management and life success that I have focused in on, and which guide my – and my team’s – efforts on a daily basis.

Here are 5 tips on how you can build a premiership-winning team within your organisation:

Believe in the team

Bennett understands that in order to build a winning team, it's crucial to create a team environment that believes they can be champions. He delivered a ‘winning’ culture where all team members played with confidence and on game day, both coach and team truly believed they could win by executing the game strategy.

Believe in yourself and your team. Similarly, everyone needs to believe they can deliver on the teams’/clients’ KPIs and objectives. Having a team culture is extremely important as individual members will grow, develop and succeed, pushing the boundaries and spreading this fundamental element of effective leadership to others.

As a successful coach, Bennett understands that trust within his team is crucial, and he demonstrates this by following through on his word and treating All team members fairly.

At press conferences, he praises his team and has never publically criticised them.

Additionally, he creates a shared vision with the team on how to win games, reflecting the trust he places in all members of the team to contribute to this approach, and this strategy is executed on game day.

Trust one another to deliver on promises and expectations. Teamwork is like marriage; you must work with this individual consistently and go out on a limb together.

You must ensure that your teammates are honest, transparent, upfront and authentic with you. Remember, you're all working towards the same goal and building something great together, so trust must lie at the very core of your partnership.

Earn respect by giving it

The St. George Illawarra Dragons went from being “chokers” among the NRL community, to its fans singing, “when the saints come marching in”, loud and proud at every game in 2010.

But this was achieved by demonstrating respect for their peers and oppononents, which ultimately earned them incredible respect. Each time the team played, they respected the referee, their opposing team, one another and especially their coach – all of which brought back their fans’ admiration.

Their respectful mode of conduct made their fans proud to have the St. George Illawarra Dragons as their team for the first time in 31 years.

Respect each other. Teams don’t always have to be best friends; in fact, sometimes the stresses of building a team can strain a friendship.

However, no matter what happens, you always need to respect your fellow teammates’ abilities and believe they will deliver.

For instance, I always make sure everyone is respected within my team and treated the same way regardless of position or seniority. Also, make sure they respect everyone else internally and externally the same way as well.

Bennett always made sure that all players fully understood the entire game plan, and not just their invidual roles.

When watching them play, you could see that - from coach to team - they were all fully aligned and cohesive in their mode of attack.

Your team needs to be genuinely aligned with its shared purpose, and you can do this by sharing the bigger picture.

For example, at an agency, the team needs to be across the group/agency and client goals, as well as each other’s objectives.

This builds confidence in everyone that the team is moving in the right direction. You need to be succinct and specific about what you’re trying to achieve.

Articulate clearly to all members of your team what’s in it for them and how it impacts their position in order for the team to be successful.

Bennett made sure that the St. George Illawarra Dragons team were made up of players who hold each other accountable.

When on the field, the players acted and performed in a manner that supported the entire team's goals. You could clearly see that the players weren’t simply looking out for themselves, but were contributing to the success of the team.

Everyone in the team is accountable.

The entire team is responsible for their collective output and doesn’t send blame elsewhere. Also, ensure everyone effectively communicates with one another to identify and solve problems quickly. Get everyone on the same page.

And now, here’s a full-time wrap up:

Whether or not you’re a St. George Illawarra Dragons fan or even an NRL fan, it’s remarkable to see the success that Bennett and the team created during their run together.

The lessons in leadership management are very often the same as Bennett’s: Build trust and respect among your partners. Complement each other’s skills. Work as one aligned team.

When you examine your own teams and ways of working, I urge you to bear some of these lessons – or values – in mind as you look for ways to foster better teamwork and create stronger alignment among teammates.

Over time, you too can develop a team that wins its own “premierships” within your industry.