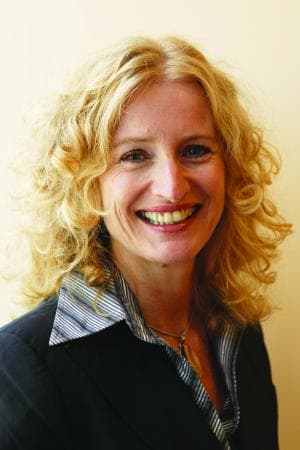 In the media industry, crystal balls are in short supply, but futurist thinking is in high demand. Keeping up with the pace of change is demanding and focusing in on what’s new and disruptive can cloud our perception of what’s really happening in the market.

One trend that seems to have taken hold of the public consciousness is the rise in subscription video on demand (SVOD) which if we are to believe the amount of media stories on it are entirely taking over all of the televisions in the world.

But dig slightly deeper and a recent report from the Broadcasters Audience Research Board (BARB) in the UK found that SVOD is actually complementing traditional TV rather than cannibalising it. This is not to say the rise in SVOD services hasn’t been significant, however the assumption that the take up of SVOD service is at the expense of traditional TV is far from the truth.

The BARB report found that the uptake of SVOD services is higher in households who have other services such as cable or Sky subscriptions. The overlap in TV services seems to suggest SVOD is ‘less a competitor than a companion’ as viewers are simply looking to expand their choice and get even more of what they already have.

All indications point to a similar scenario in Australia. FTA television continues to be the dominant source of entertainment in the Australian market. All age groups, including millennials, spend the majority of their viewing time watching broadcast television on in-home TV sets.

This being said, we know that now, more than ever, consumers are looking for customisation and convenience in all areas of their life – and TV is no exception. The ability to consume content on demand, or ‘a la carte’, has been a driving force behind not only the take up of SVOD but also innovation in the FTA industry.

The FTA industry launched HbbTV services under the banner of FreeviewPlus in September 2014. With penetration on track to reach 20% of Australian homes by early next year it’s interesting to see how popular this technology has become around the globe. HbbTV is now deployed in 15 countries with an estimated 250 applications and more than 30 million devices.

Along with the growth in FreeviewPlus adoption and with consumers looking for even more flexibility in content consumption, the Australian FTA networks have risen to the challenge and collaborated on a world-first mobile application to be launched later in 2016. The FreeviewPlus mobile app will allow consumers to access to all of the free-to-air networks’ live streaming and catch-up content in one place and is a great step forward for both the industry and Australian consumers.