More than a buzzword: How blockchain is making its mark on adtech 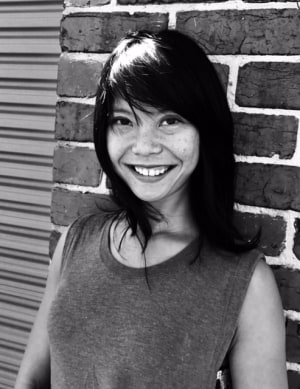 According to this year’s Gartner Hype Cycle for Emerging Technologies, blockchain is hovering between the dividing line of the ‘Peak of Inflated Expectations’ and the ‘Trough of Disillusionment’.

This accurately sums up the conversations I’ve been hearing in the adtech world. There was a lot of initial excitement about how blockchain would solve many of digital marketing’s longstanding structural challenges and herald a new wave of both innovation and transparency. However, this sense of anticipation has stalled due to a lack of mainstream adoption and the feeling that blockchain, in the context of adtech, is still a bit of an abstract buzzword.

I can understand the naysayers—who might have also been sceptical about emerging technologies like AI until it started proving real performance for companies like IBM—but I believe that blockchain is absolutely poised to drive real change over the next few years. Here’s why.

At the moment, there is still limited incentive to change established business models by adopting new technologies. First, blockchain technology is still developing, so—as with emerging tech before it— there is caution around experimenting too early in the process. Second, many are hesitant to reorder business dealings around a technology that hasn’t yet proven its staying power in adtech.  But change will most definitely come as the technology matures and bigger players begin to push out solutions.  Now that the big consulting firms have skin in the media game and access to big budgets and big tech brains, I expect to see an increasing number of blockchain technology solutions roll out over the next few years – and where the big players go, so does the market.

The legacy “pipes” of the internet created a complex environment, but there’s a tranche of players that have exploited this opacity for their own financial gain; it has simply not been in their interests to change the status quo. However, the negative publicity surrounding the high-profile brand safety and transparency issues of the last few years mean that the industry is now more focused on proving value than ever before. My own company, for example, recently launched a blockchain-powered solution called Guaranteed Viewable Market that guarantees a 100% viewable, fraud-free market with credit back for spend on non-viewable or suspected fraudulent placements. When blockchain technology proves its worth, it will be hard to wind back the dial to the era of informed guesswork.

The US Senate Select Committee on Intelligence hearings into how digital media companies operate when it comes to data, combined with the rollout of the GDPR, have made consumers much more aware of privacy, how their data is used and just how valuable it is to advertisers.  Blockchain technology and the micropayments it makes possible offer the opportunity to reward consumers for engaging with ads, viewing creative or providing data or other relevant information. This is an attractive proposition in the age of the adblocker. Similarly, micropayments and smart contracts can be used to streamline payment and contract systems to create a clearer and more efficient line of sight.

As we edge closer to the next decade (less than 18 months away) we’re going to see increasing innovation from the big players that are heavily investing in blockchain and partnering with experts to bring this tech into their businesses. This year’s Cannes was awash with blockchain announcements and discussions, and even though some efforts will fall by the wayside, others will prevail with the right roadmap, talent and partnerships in place.

However steep the learning curve, blockchain technology has begun its transition from theoretical buzzword to making a material impact on how business will be conducted done in adtech.