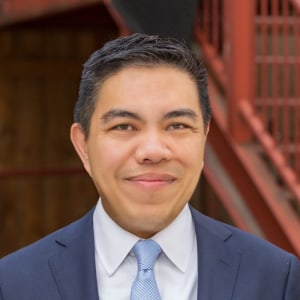 Despite Palmer’s colourful history and previous stint at Parliament House, UAP was presumed a no-hoper for the upcoming election. Yet, seemingly out of nowhere, the media are reporting the party’s unlikely role as a possible kingmaker in several electorates.

But should we be surprised by UAP’s sudden upswing amongst Australian voters? Or, considering what we know about advertising, brand growth and building mental availability, is this just the result of a well executed marketing campaign?

Let’s wind back to January 2019. UAP billboards across the country wherever you turn, prime-time ads on every major television channel, unsolicited text messages to 5.6 million mobiles and even a Clive Palmer mobile game.

UAP started its advertising campaign long before the date for the 2019 federal election was announced. The marathon started before the major parties even began warming up for the sprint. Nearly five months later, UAP ads continue relentlessly -- across outdoor, television and online.

In a climate where personalisation, segmenting, and re-targeting are in vogue, Palmer and UAP are demonstrating that mass advertising works. And we shouldn’t be surprised. We’ve see the successful application of a continuous reach strategy applied by major consumer brands time and time again.

Years of media planning research has evidenced that brands that advertise over longer periods will benefit more than brands opting for short, intense advertising bursts.

Unlike segmentation or burst strategies, continuous reach ensures that even those who do not consume the media regularly can be exposed and nudged to purchase the brand.

Of course, it’s a sizeable investment to run a mass-media campaign over a long period. Recent estimates are that UAP’s pockets are as deep as $60 million -- a media spend that is unlikely to be matched by any other Australian political party.

Instead, the two major parties have limited their campaign to the official period. These are the weeks where all the political parties and interest groups are jostling for viewers’ attention and trying to cut through the clutter.

But the general population are not out there scouring over political news and Twitter. The first televised debate between PM Scott Morrison and Bill Shorten didn’t even make it to the top 20 programs watched the night it aired.

Of course, political campaigns are different to advertising campaigns for consumer brands. Political parties are more differentiated than brands within most consumer categories and (hopefully) voters invest more in their decision making on election day than they do when they’re selecting a tube of toothpaste. But just like consumer brands there is no chance of being bought (elected) if people don’t know you exist.

Only time will tell if predictions for UAP’s strategy will pay off, but for consumer brands the lesson is clear. Don’t give in to trends. Reach as many potential consumers as widely and continuously as your budget allows if you want to grow your brand.