Finding your music personality is a critical part of audio branding 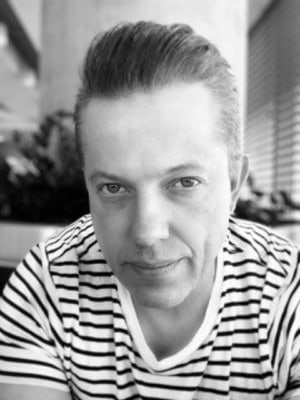 Perfecting the visual side of a brand is a common first step for most marketers, who can spend months creating the perfect colour palette, font family and visual identity. But when it comes to audio branding, things are all too often left to the last minute.

Audio should never be an afterthought, but built into the core of your marketing efforts. Would the Melbourne Metro safety ad, Dumb Ways To Die, be so memorable without the incredibly catchy original song behind it? Even incredibly visual ads, like Sony Bravia’s bouncy balls ad, can be subtly enhanced and made all the more memorable for the music they use.

Sound has always been a key part of a brand’s communication, even more so thanks to the rise of smart speakers including Alexa and Google Home. Audio logos, for example, are often regarded as a ‘must-have’ rather than a ‘nice to have’.

If you listened to either of these following audio logos with your eyes closed, you’d most likely still be able to recall exactly what brand they represent. It’s safe to say that Intel wouldn’t be where it is today without such a consistent, memorable audio branding strategy.

Even jingles are working their way back into vogue, albeit through the lens of nostalgia. Take Commbank’s recent T20 campaign, which recreated the famous ‘C’mon Aussie’ song from the 1970s.

Of course, branding your sound is about far more than finding an audio logo or a song for your new ad. It’s about finding your brand’s sonic personality and gaining a deep understanding of the associated musical attributes; its tastes, likes and dislikes.

When agency PHMG played 1,000 people a range of different audio clips, almost half (45%) said the music used by a brand helps them better understand its personality, and 47% suggested it helps them feel more connected to a brand.

If your brand was a person, what would their Spotify playlist look like? What bands would they go and see in concert? And which artist would they avoid at all costs?

The same questions should be asked of your target consumer, too. This can be discovered through simple market research, or by using music data to determine exactly what your ideal customer is currently listening to. Ideally, your brand’s music personality should closely match that of your target customer.

Once you have a deep understanding of who your brand is musically, it’s relatively simple to achieve a consistent feel across every audio asset, including advertising, call-waiting messages, showrooms, training and YouTube videos.

In order to build a strong music personality for your brand, it’s vital that it remains consistent. Every musical decision should refer back to your brand’s specific personality, rather than simply because the song is popular or well-liked.

That being said, there should always be room for innovation and discovery: just like when your customer discovers a new song they like on YouTube or Spotify. Some of the world’s greatest ads have helped consumers discover new music, such as Feist’s 1234 on the old Apple iPod Nano ad, or José González’s Heartbeats on Sony’s aforementioned bouncy ball spot.

A brand’s ‘music personality’ is an effective way of reaching out to your target customer through shared values. If an ad featuring one of their favourite songs comes on, they’re far more likely to sit up and take notice.