Bringing your brand to Chinese consumers 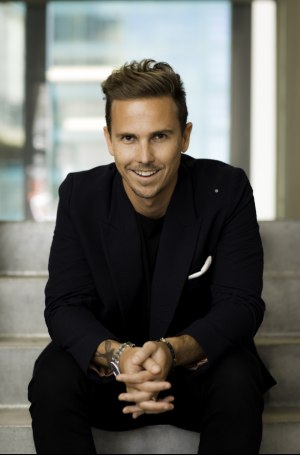 While Tim Tams, Harvey Fresh milk, Paul’s yogurt, Penfolds Shiraz, and locally-raised beef steak have long been staples of the typical Aussie pantry, they are now quickly also gaining a following with Beijingers, Shanghainese, and consumers across China.

The spending power of the world’s largest middle-class population has made China the world’s largest market for a host of consumer goods, and many Australian brands have successfully leveraged this trend. In fact, China was the largest growth market for Australian agri-food exports in 2017/18, according to a report by Rural Bank, which said it accounted for 23.7 percent of all Australian agri-food exports. Over 40% of Chinese consumers purchased goods from international brands through Alibaba’s shopping platforms during its November 11 “Singles Day” online shopping festival this year when the Chinese internet giant set a new gross merchandise volume record of US$30.8 billion. Australia was among the top five countries whose goods were bought by Chinese consumers during the festival, according to Alibaba.

Bain & Company declared Australia as the hottest brand in China in a 2016 report, with Chinese shoppers strongly associating the country with quality goods. Australia was also more likely to be associated with health and nutrition by Chinese cross-border shoppers than the US, Germany, Japan and South Korea. This puts Australian brands in a sweet spot with a fast-growing middle class that is upgrading its consumption habits to favor higher quality goods and healthier lifestyles and is more cautious about local brands after several food and product safety scandals. A recent Mintel report shows that Chinese parents are especially concerned about quality and safety when purchasing milk for their children.

Results of a recent survey released by China’s Ministry of Commerce on the eve of the first China International Import Expo (CIIE) held in November in Shanghai, showed that nearly one third of 1,397 surveyed consumers in their survey intended to buy more imported goods in the next six months. Watches and glasses, baby products, passenger cars, and jewelry were among the product categories they mentioned. Over 70 percent said that quality matters most when buying imported sports and leisure goods, cosmetics, household goods, and home furnishing.

Favorable trade policies between Australia and China also make it easier to export to China, which is especially helpful when marketing to China’s price-sensitive consumers. Beginning in July 2018, China’s State Council lowered tariffs on a range of items, including apparel, cosmetics, home appliances and fitness products, and processed foods, in an effort to help boost consumption.

While its getting easier to export goods into China – an important Chinese export is consumers themselves. An increasing number of Chinese are visiting Australia to experience its blue skies, fresh air, and healthy lifestyle. According to figures from China’s biggest online travel service, Ctrip, Australia was among the top-10 popular tourist destinations with the fastest growth in the numbers of Chinese outbound tourists it received. The travel platform also ranks the Sydney Aquarium among the top 10 attractions in the world for Chinese tourists. Australia’s education system is also a draw for Chinese - there were more than 166,000 Chinese students in Australia at the end of 2017. An enjoyable sojourn in Australia may also have a kind of halo effect with Chinese visitors and make them more inclined to have an affinity for brands from Down Under after they return home.

So how can more Australian companies find their way into the hearts, and shopping carts, of Chinese consumers? It’s never been easier. First, favorable trade policies were put in place recently by the Chinese government. Second, Chinese consumers love to shop online, so a digital storefront may be all that is needed.

And finally, and perhaps most importantly for marketers, data-driven digital advertising tools make it more efficient to serve ads to potential consumer groups amongst China’s 1.4 billion consumers. These tools could allow you to target, for example:
Mothers in second-tier cities (Would they like Australian formula or other baby care products?)

Mitch Waters, General Manger Australia and New Zealand, The Trade Desk. The Trade Desk, Inc. is the provider of a global technology platform for buyers of advertising.