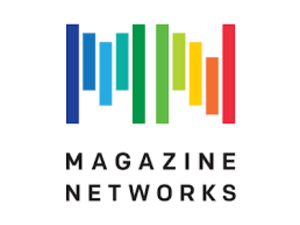 Today’s advertisers can reach broader audiences than ever before at a far cheaper rate than was previously possible, but reach doesn’t necessarily mean attention has been paid, nor does it lead to engagement.

Paul Gardiner, Commercial Director at Bauer Media Australia, believes these two measures – attention and engagement – have never been more important. “This is the new media commodity,” he says.

Few mediums can boast the attention and engagement magazine brands do. While the argument as long been made that you can’t multi-screen when you’re reading a magazine, Gardiner says it goes beyond this.

“Magazines are one of the few media that have a symbiotic relationship with advertising. You would be more than happy not to have advertising on TV or radio. Your life wouldn’t be a worse place if you didn’t have outdoor advertising. But good advertising in a magazine actually enhances the experience,” he says.

Indeed, a recent study conducted in the US by media agency Starcom asked readers to choose the most valuable pages from their favourite magazine. One in three of the pages selected were ads. “You wouldn’t get that with any other media,” says Gardiner.

And according to Nicole Bence, Commercial Director for Pacific, it’s more than simply a case of the services available. She says: “The majority of the market now understand the influence our brands have on consumers beyond the print audience. The conversation is shifting to how we leverage our value as cultural content creators to provide women with knowledge, social currency and commitment to live up to their true power and potential.”

As Bauer’s Gardiner points out, this is realised across a range of platforms. “The reality is most magazines are 360-degree brands. In many cases, the magazine itself is the marketing device but the brand is made up of everything else that goes around it, so it’s the experiences and the communities, but ultimately it comes down to the content,” he said.

Examples of how this can be put to work for advertisers include Pacific’s Women’s Health which earlier this year partnered with Samsung to help the brand cut through in the cluttered wearable category and speak to an audience Bence calls “wellness warriors”. The end product was the Women’s Health Talks which kicked off with an event at Sydney’s Opera House before extending into a podcast series amplified across the brand’s digital, print and social channels.

“It’s a great example of how we create relevance for our advertising partners while meeting the audience needs,” says Bence.

Another example is the Arnott’s and taste.com.au collaboration which saw multiple recipes created to showcase Arnott’s nostalgic biscuit range. From the recipes initially produced for digital, eight ran as part of Taste’s annual print edition, Bake the Issue, with one – the Mint Slice Cake – gracing the cover and promoted via a Cook the Cover competition. Sycamore says: “This was true cross-platform integration.”

Likewise, car brand MG recently turned to Bauer to create a connection with the desired target of young women. Leveraging the ELLE brand, the publisher wrapped the MG3 vehicle in the ELLE audience’s passion points of music, fashion and art with a live event that was less about the features of the car and more about making the product relevant to young women and their interests. Gardiner says: “That’s what we do really well; we help tell a brand’s story around our consumers’ points of passion.”

Audience-led advertising
While negative headlines about the magazine business have become de rigueur, they don’t paint the full picture of the state of the medium.

In fact, the last two quarters have seen an increase in magazine readership which Bauer’s Gardiner attributes to a change in consumer behaviour spurred on by subscription services such as Netflix and Spotify. “There was a period where consumers accepted that content was free but now they’re realising there’s a lot of crap content out there. To get good content, you need to pay for it,” he says.

Sycamore also believes the value exchange between magazines is highlighted by the willingness of readers to open their wallets. She says: “The fact that people pay money for their choice of magazine means they have a greater affinity with it. This helps by creating a greater level of engagement and connection to advertisers brands.”

Still, a challenge lingers for magazine publishers to convince agencies of this opportunity.

Bauer’s Gardiner says: “More and more, we’re competing against the likes of Google, Facebook and free-to-air TV because what we’re delivering now is an audience-led solution. It’s not a magazine-led solution. That’s a really important point we need to communicate with our agencies and clients.”