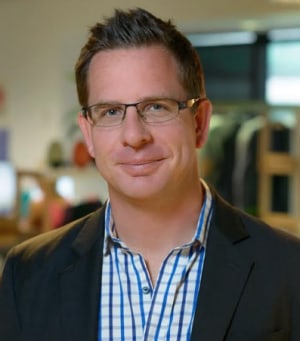 Facebook has learnt from past mistakes and even welcomes industry criticism, says its managing director of Australia Will Easton.

“I genuinely believe it’s made us a better company and it’s allowed us to focus on the things we know you care about and what we care about which is about adding value to everyday Australians.”

Also speaking on the night was Jonathan O’Dea, parliamentary secretary to Premier Gladys Berejiklian, who said it was encouraging to hear Easton's vision and values for the company.

“Facebook's power is significant, which is something we're conscious of in government.”

Easton also referenced the “unprecedented” period of change Facebook has been through, indirectly touching on the 2016 US Presidential Elections that led to the Cambridge Analytica scandal.

“We’re a very different company to what we were three years ago,” Easton said.

“As our platform grows and connects more than than two billion people, what we’ve been really focused on is recognising there are certain areas that we haven’t done a good job as we would have liked.

“That’s specifically around anticipating risks and stopping the action of bad actors and bad content on our platform.”

Since 2016, the company has faced scrutiny around the world, including in Australia where it’s in the middle of the ACCC inquiry into the impact of digital platforms on Australian journalism.

While Facebook it yet to make its submission, last week it released a statement hitting back at the watchdog’s recommendation for an independent body to oversee its algorithm.

Easton said it is working with the industry and experts to take advice and make changes.

“We understand and accept the accountability and responsibility we have as a company,” Easton said.