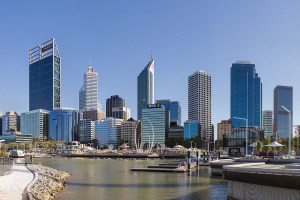 The Government of Western Australia has appointed Initiative to its $60 million media account and has retained long-standing partner Carat, following a competitive six-month tender.

Initiative has won a spot on two parts of the business. The first is the 'non-campaign services' slice which previously sat with Adcorp.

Secondly it has won a position on 'campaign services', which has a two-agency panel model. It replaces OMD and joins Carat - which has been on the account since 2013.

The model means both Carat and Initiative are approved agencies that can carry out campaigns for any of the departments within the WA Government. The campaigns are decided on a case-by-case basis with the client choosing at their own discretion.

The win will see Initiative's Perth office add substantially to its staff numbers to help manage the additional business.

Initiative Perth head Luke O'Sullivan said the win was one of the biggest moments for the agency and was confident in his team's ability to manage the responsibility.

"We do not underestimate the importance of the tasks at hand in government communications. We will ensure the agency continues to deliver the most efficient and effective media performance in the market," he says.

“Luke and the Perth team are proving to be one of the finest media teams in Australia," Initiative Australia CEO Melissa Fein says.

"To be selected by the Government of WA to such a key communications portfolio further galvanises our commitment to deliver the highest measures of efficiency and effectiveness.”

Carat retained its long-standing position on the agency panel for all campaign work, which it has held since 2013.

The campaign work for the WA Government accounts for 90% of the overall spend.

This is the second government account to join the IPG Mediabrands stable, following The Australian Government handing its circa $150 million master media agency services contract to UM, ending the tenure of DentsuX.