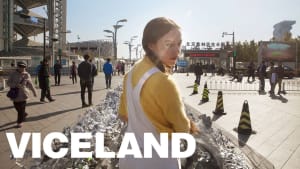 AdNews journalist Arvind Hickman catches up with Viceland International president Jay Rosenstock and SBS director of media sales Andrew Cook to find out how much interest Viceland has had in Australia and abroad.

In the US and UK, the millennial-oriented channel has already established itself as the 'go to' place to target young people on television.

Why did you decide to choose SBS as a platform to launch Viceland in Australia?

“When we launched Viceland about a year ago we looked at the 15 to 20 markets we really want to be in and Australia was a top market priority for us. We had a broad set of conversations but as we met SBS, understood where they were going with SBS 2 and wanted to make that channel a bit more contemporary youth media channel, and they saw what we were doing with Viceland it really was a perfect marriage. There’s shared content vision, the ability to combine some of the stuff we’re both doing and for us it’s the first free-to-air launch.

“We did, we did, quite a few of the market players. There are not a lot of new channel launches that are happening right now globally so if we go into any market there’s quite a bit of interest in Viceland from broadcasters and distributers. We own all of our content and it’s a very unique proposition targeting youth with a strong point of view.

There have been some critics suggesting the Viceland partnership drifts away from the SBS charter, what is your response to that?

“I’m not an expert on the SBS Charter, you’d need to speak to SBS. But what we’re about is exploring your world and doing immersive content and really telling stories about multiculturalism generally. When we look at it, it is very much on message and an extension and enhancement to what they’re doing. Our content is produced all over the world with youth and deals with social and environmental issues relevant to youth.

Where else has Viceland spread across the world?

"We launched in the US in February and the UK last month. France and New Zealand in the next couple of weeks and we’ll have continued launches over the course of the next 15 months through to the end of 2017.

How have you managed to grow your audience and commercial interest in this period?

“Good. Your advertisers are pushing hard to find this kind of audience and have been incredibly supportive as we’ve launched in different markets. In terms of audience, we’ve been building significantly in the US and Canadian audience – we’ve literally more than doubled the audience in the US since launch with significant pick up in not just linear viewing but also catch up. The demographic is young (late 20s to late 30s), its male its affluent, highly educated. It’s right in the sweet spot for advertisers.

The UK audience has had significant growth as well in a short time…we are the youngest skewing factual entertainment channel on Sky’s whole platform.

What does the programming offer advertisers?

“It’s youth focused programming. In the US, we’re working with a lot of advertisers to really shorten the ad breaks, so we’re trying to have a different consumer experience. In the US you’d typically see 15-20 minutes of advertising, on Viceland you are seeing more like 10 minutes. The content is also more like branded advertising and an extension of some of the story lines. So it doesn’t feel as though you are given a 30-second spot – we’ve got one of the highest stickiness rates of commercial airtime of anybody in the US market.

“For example we may do a 2-2.5 minute piece of content with Samsung around VR. That goes to the stickiness point where people aren’t tuning away for commercials, the channel holds together as a continuation of the storyline. We and our advertising partners have ben very pleased with the results.

Do you find some advertisers may be a bit cautious to advertise against some of your more edgy programs?

“No, we’ve had really strong across the board support from all the agency holding companies and advertisers direct. Our channel offers a strong stroke of lifestyle, news and documentary; we’ve really not seen any advertiser pushback.

Will you be working with SBS on similar style of advertising?

“SBS has got a different perspective because their ad minutes are already quite a bit lower given their charter. We’ll work with them to the extent we can, but it’s really more to their discretion how they are going to run the commercial piece of it.

How do you see your programming evolving in the future?

“We’re doing all of the programming ourselves, about 30 original series right now. We have a unique model in that we can test some of the talent and show ideas online to see how it resonates and then bring it to air. I think we will continue with that type of testing model. We may look at some scripted content as we go into season two. We’re renewing a lot of the initial series much higher than any other network I’ve seen, so well keep building this talent."

How are you planning on commercialising the SBS Viceland platform – will it be similar to what they are doing in the US?

“Given the fact we’ve got only five minutes an hour of television advertising, we’ll still have a traditional SBS view of the world when it comes to advertising in terms of 30 second ads.

What interest have you had from brands?

“We’ll work closely where we feel it is worthwhile with the Vice team to come up with best solutions we can for our clients and advertisers are really interested in talking to that demo we we’ll trial and error with clients how best to talk to that audience.

Who have you had interest from, any specific sectors?

“We have had a range of advertising agencies ring us to want to learn more about the proposition. From a category point of view, very much along that FMCG category because they’re always wanting to talk to that upcoming demographic, and telcos as well. They’re two of the more enthusiastic groups.