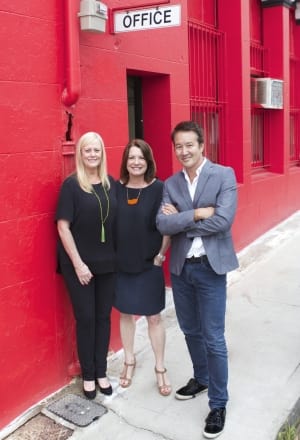 Their new full-service agency already has a team of 10 staff and 10 clients on its books, including the Cancer Council and Gourmet Garden.

Burchill and Hartley have worked together as a creative team for more than a decade, after first teaming up at McCann Erikson. They had their first tenure as creative directors at Cummins&Partners and later became ECDs at SapientNitro.

They have brought in former McCann and SapientNitro account director Anne-Maree Jenyns as a business director, Smart Media founder Julie Maher as media partner, and former UM client services director Ian Warner to handle the media side of things.

On building a full-service agency, Burchill said: “We’ve seen the growing appetite worldwide for independent agencies who can solve problems quickly and exceptionally well. And the desire for strategy, creative and media under one roof.

“We’ve always had our greatest success working closely with clients and we want to make it easy for them to get results at speed.”

Outlining Rumble's ambitions, he told AdNews: “We will never be another impersonal shop where seniors pass briefs down the line. Maybe that will place the ceiling on how big we can be. However, forgetting the business principles you open your doors with, and the promises you make to each new client, is a mistake we never intend to make.”