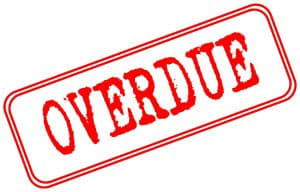 Around a dozen companies and individuals owed money by Publishers Australia will this week find what kind of recompense they can expect after the company last week decided to call in the administrators.

Publishers Australia has appointed Moore Stephens as administrator and Michael Hird is handling the voluntary administration process. He told AdNews that “the company has a dozen creditors, totaling approximately $100,000.”

Creditors in the past have included Hilton Hotel Group, the tax department and currently include suppliers and former staff.

It is understood that the association's financial problems began when it made a six figure loss on the first Magazine Week back in 2011.

While it managed to bring down that level of debt over the next two years, the Association could not return to the black. After attempts foundered to merge with other associations, such as ADMA and AMIA, the Publishers Australia board approached publisher Focal Attractions earlier this year. The board struck a deal whereby Focal Attractions would run the events operation in return for a $50,000 injection.

It is not clear whether any other publisher was invited to tender for the events business. Publishers Australia has around 100 publisher members.

Publishers Australia has stated that the forthcoming Excellence Awards will not be affected despite revenues now being handled by the administrator.

The first meeting of creditors will be held at the Moore Stephens office on Thursday 25 September at 3pm.

Publishers Australia issued a "no comment" regarding creditors owed money and whether a tender for the events business was ever issued when contacted by AdNews.