OPINION: The cancer of government advertising strikes back 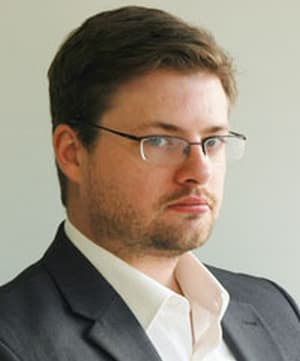 According to prime minister Kevin Rudd, government advertising is a 'cancer on democracy', but when an election is on the line, the cancer strikes back with a vengeance.

Our government is spending tens of millions of taxpayer dollars on what can only be described as blatantly partisan advertising, or what is now dubbed 'information campaigns'.

The issue came to a head this week with the government's $2.5 million advertising campaign supposedly to convince asylum seekers that they won't be resettled in Australia by targeting Australian readers of The Daily Telegraph.

The cancer has metastasised and infected other parts of government spending.

Around $5.5 million has been spent advertising the Schoolkids Bonus – a payment which you don't need to apply for because it is automatically paid to eligible parents, which in turn renders the advertising campaign pointless.

Famously, the government is continuing to spend $8 million telling us the Child Care Rebate is not means tested and that millionaires can get an annual $7,500 subsidy on their out-of-pocket child care expenses.

Another $10 million is being spent to 'ensure that businesses, research institutions, individual employers and employees are aware' of the government's plan 'for Australian jobs' – which is really just a cleverly disguised plan for more protectionism and corporate welfare.

Apparently the government needs to spend $10 million on its 'Medicare for All' campaign 'to inform Australians about the benefits of Medicare and health-related services, including Medicare Locals, Medicare rebates and safety nets'.

You may have seen advertising for the Better Schools education reform package. Reports place the cost of that campaign at $50 million.

On top of all this spending (which is by no means a comprehensive list), don't forget the millions spent advertising the government's new Clean Energy Payments, the carbon tax compensation package.

Despite the tens of millions government is spending on these advertising campaigns, it is important to note this is just a fraction of the multi-billion dollar cost of the policies they are telling us about.

This suggests that government advertising may not be the 'cancer on democracy' that Prime Minister Rudd said it is. Rather, it is merely a symptom of a greater and more troubling cancer – that of excessive and unsustainable government spending.