OPINION: Everything you've ever wanted to know about NFC 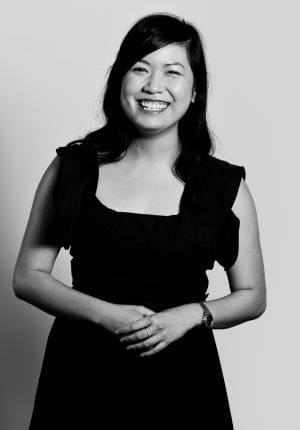 What is NFC?
NFC, or Near Field Communications, is technology that allows devices to communicate and transfer data between each other, by touching or bringing them close together. NFC not only enables communication between devices, but provides devices with the ability to read NFC-enabled tags that have stored data in them.  Among other things, NFC lets smartphones share content with other phones, read clothing tags and provide extra content, and allow payment portals to read your credit card. The technology has existed for some time now—RFID, its precursor, has been used since the 1980s. The reason we’re embracing this technology now is due to two things: the uptake of mobile devices and increase in security because of NFC’s ability to encrypt information. By 2014, it is estimated that there will be over 285 million NFC-equipped devices in the world, and by 2017 the industry will disseminate 2 billion more.

NFC now
While NFC technology usage is currently focussed on payments (Visa PayWave and MasterCard PayPass are great examples), there are a multitude of interesting applications of the technology. British Airways is introducing reusable luggage tags based on NFC technology, Yale Lock has produced an NFC-enabled lock and FlockTag is an NFC-based loyalty card (Wafi Mall in Dubai implemented something similar). Locally, NFC Wireless makes social connect cards, which share your social media profiles with new contacts immediately and Google has just launched a NFC-based campaign in Australian airports. Over the next two years, NFC innovations should come fast and frequently as companies start pushing the envelope and exploring its capability.

NFC in Australia
In Australia, the rise of mobile devices has greatly increased the potential use of NFC in our day-to-day lives. By the end of this year, smartphone penetration is predicted to be at 71%. Of course, Apple is still very strong in the Australian market, and it has famously omitted NFC technology from their devices, but this does not mean NFC should be relegated to the back seat. Thirty percent of all Australian smartphones will be NFC-enabled by the end of 2013. Additionally, Apple is under pressure from the industry and consumers to include NFC in their devices.

Outside the realm of smartphones are loyalty bands: rubber wrist bands, encased with NFC tags to read and recognise user IDs. Earlier this year, Visual Jazz Isobar used NFC-enabled loyalty bands to turn Wet’n’Wild into a giant game board, which resulted in repeat visitations to the park and thousands of online shares. NFC-enabled payment is also gaining ground - Eftpos will begin trials for NFC payments in the next few months, and most banks already use the technology in their PayPass or PayWave payment systems. Though the usage of NFC has definitely not infiltrated the mainstream, as more consumers, companies, and cities get on board, it’ll definitely be near you soon.

The future
The fact is that we’ve been using NFC technology for some time, but the application of NFC is only now becoming more intelligent. We’re already seeing it provide daily life improvements, such as allowing users in San Francisco pay for their parking, helping us pay for goods faster, exchange contact details, and even pay for public transport. As we become smarter about accessing and building on NFC technology, the possibility of having a one-stop shop at your fingertips opens vastly - a key, a wallet, identification details, social media details, bank, transportation passes.

Exploring the potential of NFC further, Visual Jazz Isobar will host a Create 32 hackathon on 17 and 18 August, giving local developers the opportunity to create their own NFC prototype. For more information or to register, visit create32.com.au.