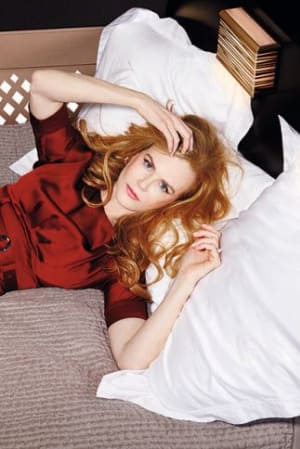 Movie star Nicole Kidman is the face of Etihad Airways in a new global brand campaign by M&C Saatchi Sydney.

The 'Flying Reimagined' campaign stars Kidman aboard Etihad's new flagship Airbus A380, enjoying service offerings including The Lobby, and relaxing in its three-room private living space, The Residence.

The television commercial for the campaign was shot on the aircraft and in a number of global locations including various landmarks in Abu Dhabi. It also includes a digital created scene of Kidman inside the soon-to-be opened Lourve Abu Dhanbi and inside the Strahov Library in Prague.

“The answers are many and varied, but in this case the inspiration came directly from the product itself. Who could not be inspired by the sheer elegance, style, and dare I say it, reimagining of this remarkable aircraft? Hopefully, all of which we have captured perfectly in this campaign.”

The campaign includes 60 second and 30 second edits of the film, with still versions of the campagin appearing in print, digital and outdoor channels.

London-based production company Thomas and Thomas produced the television commercial while the brand story was directed by husband and wife directorial team Anthony Atanasio and Valerie Martinez. An accompanying soundtrack was commissioned by the airline and composed by creative director and composer of Sydney-based audio design company, Song Zu, Ramesh Sathiah.

Etihad Airways chief commercial officer Peter Baumgatner said: “Nicole Kidman, as a globally respected artist, was the perfect voice and face for our story, and embodies worldly sophistication, intelligence, originality, and elegance – values which form the foundations of the Etihad brand.”

“Etihad Airways is constantly pushing boundaries, taking inspiration from the world to provide a superlative in-flight experience for our guests. This new campaign has succeeded brilliantly in bringing our unique brand and service ethos to life on film, in print and on digital channels.