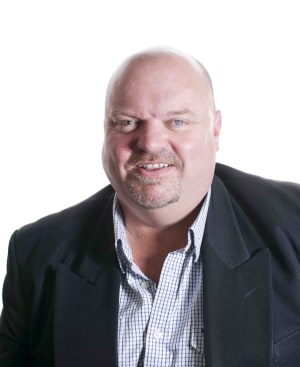 Goninon, who started his career in Melbourne in 1981 at MP&M, the forerunner agency to Mitchell & Partners, will leave full-time duties with Initiative at the end of August.

Goninon has worked on major clients such as Ansett, Coles, Dunlop and Pacific Brands, and led the media portfolio for major Initiative client Bunnings for the past 16 years. He has also been a senior member of the Initiative Melbourne leadership team.

Heath Wooster will replace Goninon as GM for Initiative’s Bunnings business and work closely with Ivo Kavelj, the GM of partnerships for the hardward giant at IPG Mediabrands’ investment division Magna Global.

Seven's celebrity cooking reality show Hell's Kitchen has dropped about 200,000 metropolitan viewers on its second night with 615,000 tuning in. Nine's The Block (1.09 million) and This Time Next Year (872,000) dominated prime time entertainment viewing while the ABC's Four Corners expose on illegal dumping rated well at 787,000. Australian Survivor continues to hover around the mid-600k with Have You Been Paying Attention.

WPP is doubling ad spend on Snapchat to US$200m, according to CNBC. "It's US$200 million versus US$6 billion or US$2 billion for Facebook. So, you're talking about a flea on the elephant's backside,” adman Martin Sorrell told the publication.

Netflix has acquired Millarworld, the comic book publishing powerhouse founded by Mark Millar, the creator of iconic characters and stories such as Kick-Ass, Kingsman and Old Man Logan. Together, Netflix and Millar will bring Millarworld’s portfolio to life through films, series and kids’ shows available exclusively to Netflix members globally. Millarworld will also continue to create and publish new stories and character franchises under the Netflix label. The acquisition, the first ever by Netflix, is a natural progression in the company’s effort to “work directly with prolific and skilled creators and to acquire intellectual property and ownership of stories featuring compelling characters and timeless, interwoven fictional worlds”. Terms of the transaction weren’t disclosed.

Mobile brand advertising firm Kargo has begun operations in New Zealand, its second market in the Asia-Pacific region. Kargo has appointed Tim Richards as its first New Zealand-based sales manager, who will be based out of the company’s official operations in Auckland.

Kargo’s has had  record-breaking year during which the company opened its first two international offices, grew its workforce by nearly 60%, launched its programmatic and software businesses and completed several mobile ad research initiatives.