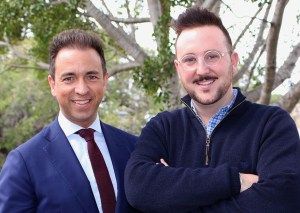 Dentsu Aegis Network (DAN) has promoted Simon Williams to the newly created role of chief client solutions officer. In his new role, Williams will lead DAN's approach to client management, with a focus on market growth and increasing client engagement across the network, locally and globally. He will be responsible for continuing to drive exceptional results for clients through the networks’ key areas of capability, talent and products. Williams was previously group head of product and partnerships for Amplifi – Dentsu Aegis Network’s specialist investment and media management arm – and has worked with the group since 2011 in Australia and the UK. He joins DAN's group executive team.

OMD Melbourne managing director Margie Reid is leaving the agency after 11 years to pursue a new challenge. Reid has been the agency’s Melbourne MD since 2014 and was previously GM and head of trading. OMD Australia CEO Aimee Buchanan and Omnicom Media Group ANZ boss Peter Horgan will oversee the Melbourne operation alongside the local leadership team until a replacement is found. “Margie’s impact on the Melbourne business has been enormous. She has led the Melbourne team through a significant period of growth and has been a key member of the leadership team,” Buchanan said in a statement. “We thank her for the amazing job she has done and wish her all the very best in her new endeavours.”

The subscription television industry has invested $918 million in local productions in 2016/17, according to new data released today by the industry’s peak body, ASTRA. The expenditure, represents a 2.8% increase on the previous year’s investment, and was flagged with AdNews recently by Foxtel head of programming Brian Walsh. The greatest growth was recorded in local sport, drama and news, with an additional $37 million spent on the three genres in the FY17. The year also saw the creation of Fox League, a Fox Sports channel dedicated to Rugby League fans. The annual survey also showed an improvement in the representation of women on subscription television boards (up two percentage points to 34%) and in senior executive roles (up nine percentage points to 43%). The percentage of television CEOs who are women fell three percentage points to 24% following the consolidation of several leadership roles during the year.

WPP AUNZ’s digital agency Webling has been appointed by Vision Personal Training as its digital agency of record. Webling will commence its program by delivering UX and communications improvements to the Vision Personal Training website, providing members with a seamless user experience throughout their fitness journey. The agency will also develop new recruitment websites with the objective to grow Vision’s team of personal trainers and franchisees, supporting plans to nearly double the number of studios to 100 by 2020. The appointment comes off the back of Webling securing the Entertainment Book’s digital transformation and its joint win of the Vodafone Australia account with J. Walter Thompson.