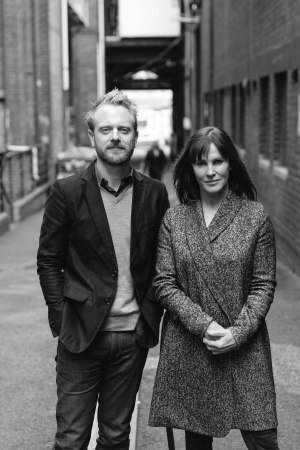 The Federal Court of Australia has approved Foxtel's move to shutdown 15 websites deemed to be in violation of Australian piracy laws. Sites, which include a mix of torrenting and streaming, will be blocked by Australian internet service providers (ISPs). A Foxtel spokesperson said the site it sought to block enabled people to illegally stream shows like Wentworth, A Place to Call Home, Picnic at Hanging Rock and more, 'depriving everyone involved in the production of these programs from being properly rewarded for their efforts in creating them". The move follows recent court action by the pay TV company, which went up against Telstra, Optus, IPG and a multitude of other ISPs in March, seeking to block a further 28 sites.

J. Walter Thompson Perth has appointed  Joe Hawkins as creative director. The move will see Hawkins depart his role as creative group head at Marketforce to join the agency, following its recent growth. With more than 16 years in the industry, Hawkins has worked at creative agencies, including DDB New Zealand, R/GA Singapore, Saatchi & Saatchi Sydney, and 303MullenLowe Perth. He’s currently teaching AdSchool’s Copywriting course, and sits on the panel for the national Siren commercial radio awards.

Former founding partner of Banjo Advertising, Georgia Arnott, who left Banjo three years ago, has joined AJF as creative director, working across its major account with Target. Arnott – one of Australia's most awarded female creatives – started Banjo with Andrew Varasdi and Ben Lyttle in 2009, going on to help shape local brands such as AMP, RSPCA, Bonds, MLA and Crown, as well as global concerns Coca-Cola, Sony, Guinness and Levi's. Arnott has no stake or involvement in Banjo. Also bolstering AJF's senior ranks is celebrated creative Bryce Coombe, who will take on the role of client partner on the Bupa account. Coombe joins the independent after nearly a decade with Clemenger BBDO and then two years at CHE Proximity – AdNews' 2018 Agency of the Year. He was client lead on Snickers Hungerithm, the world's second-most awarded campaign in 2017.

Apple look to step into Hollywood with film production plans

Tech giant Apple want to expand its content in the video market, with talks it is in private negotiations with Cartoon Saloon to buy distribution rights to an upcoming animated feature film for the US and other territories. With its ties to the entertainment industry already strong thanks to its iTunes store – one of the market's strongest sellers of other companies' movies and shows, with $115 billion in revenue in the first fiscal quarter of 2018 – Apple has been expanding into funding original content. It's as yet not known how Apple will make the movie available, though other full-length features are also on the cards. This marks Apple's push to take on Netflix, Google and Amazon in the online video market, after already forging deals for original shows and documentaries.