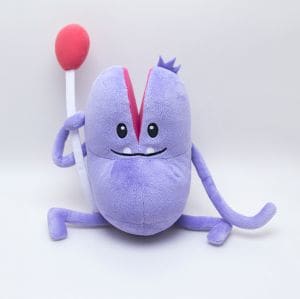 Metro Trains is branching out with a range of soft toys based on its Dumb Ways to Die campaign characters as it looks for ways to keep the campaign alive.

The toys will sell from $5.99 for mini bears to $99 for something that is probably bigger than your children.

The campaign, created by McCann Melbourne, swept the boards at both local and global awards campaigns in 2013, and now its extentions are going beyond a mobile game.

Metro General Manager-Corporate Relations Leah Waymark told AdAge the brand was approached to launch a range of products from T-shirts to TV shows but that it wanted to maintain the “integrity” of the campaign so opted for plush toys.

It is working with California-based licensing partner Evolution and New York-based manufacturer Commonwealth Toy and Novelty, which also made products for the Angry Birds franchise, to make the range.

The toys will be distributed globally.

The Angry Birds franchise started as free mobile game and has gone on to become toys, merchandise, sweets and even a theme park – could Dumb Ways follow suit?

As of today, the original spot has reached almost 70 million views on the official YouTube upload, with tens of millions more hits generated by parodies.