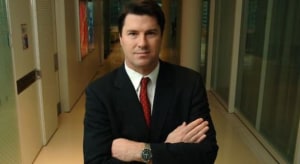 McLennan takes over from acting chairman Paul Connolly who had been leading the search for a full-time replacement after the retirement of long-serving chairman Peter Cosgrove earlier this year.

McLennan held the role of Ten CEO from 2013 to 2015 and was replaced by current boss, then CFO and COO, Paul Anderson.

McLennan is also chairman of REA Group and is a non-executive director of financial services business Magellan Financial Group.

"Radio is a fantastic medium with proven ongoing growth potential and HT&E has the leading metropolitan radio business in the country and the best radio talent in Australia," McLennan says.

"I am delighted to be joining HT&E at this pivotal point in its evolution."

McLennan added that the opportunity to chair HT&E was appealing due to the company's varied media assets, management team and balance sheet, all of which he stated are critical to further the growth of the business.

"Hamish is an experienced media and marketing executive who brings unparalleled experience to the board, given the global role he has held and his depth of understanding of the changing media landscape and the demands of advertisers," Connolly says.

"He has a proven track record as an outstanding leader across the media and advertising sectors and will be invaluable as HT&E evolves post the sale of Adshel."

HT&E most recently sold the Adshel business to out of home (OOH) competitor Ooh!Media earlier this year for $570 million. The sale was part of the double merger in OOH this year, which also included the acquisition of APN Outdoor by JCDecaux for $1.2 billion.

Both acquisitions have now been approved and completed.