How much freelancers are charging in the ad industry 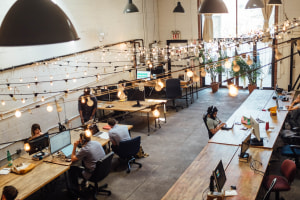 Freelance rates for the creative sector increased 2% to $574 from $564 a day in 2019, according to Cavalry Freelancing’s second annual Freelance Rate and Market Guide.

The report aggregated trends from Cavalry’s freelance marketplace made up of nearly 4,000 members across Australia, Singapore and New Zealand.

As part of an expansion into APAC, this year has seen Singapore added to the locations represented in the report for the first time.

“The report is designed to help both companies and freelancers better understand the latest market conditions within creative services and by doing so help align expectations and planning,” Cavalry CEO and co-founder Dave Bentley says.

According to its findings, Sydney had the highest average daily rates in the country at $633, followed closely by Melbourne at $577.

Perth had the lowest rates at $495 which is 21% lower than the average rate in Sydney.

“I think the most interesting trend from the report that we’re releasing is that there’s a lot of diversity in rates,” Bentley says.

“Whether it be by discipline and specialism or by location.”

He says Sydney and Melbourne have the greatest demand for work with Brisbane coming in at third.

While remote work is on the rise, he says more often than not companies still have a desire for the freelancers to come and work in the office as part of a team.

“I think [this is] largely because the freelancers are offering a particular skill as part of a larger program of work,” he says.

“So they’re working in collaboration with a range of other experts to deliver a product.”

Mid-weight and senior freelancers were sought at the most by companies, making up 40% and 33% of all job requests respectively.

Companies rarely sought out leads or juniors, making up 6% and 5% of all job requests respectively.

Bentley says Cavalry works with both brands and agencies of varying sizes.

Demand for freelancer disciplines varied between agencies and brands with agencies more likely to engage designers, delivery and creatives.

“It seems [brands] are looking at the entire media landscape, the annual marketing program and looking towards a strategy to be developed and managed all the way through,” Bentley says.

“Whereas agencies are typically working on a portion of that. I think [with] UX, there’s a lot more businesses internalising the product development, given technology is so close to the customer experience.

“[With] the customer experience, brands are increasingly wanting own as much as they can.”

Alongside a deep analysis of average rates across disciplines, locations and levels, the team at Cavalry also took a closer look at the nature of projects including duration, requirements and demand for specialisms.

Demand for design skills led all categories at 29% followed by creative at 17%, technology at 15% and delivery at 9%.

Bentley attributes the high demand for design skills in part to the nature of Cavalry’s platform.

“We are a creative freelance marketplace. So designers and creators are going to be slightly skewed on our platform because brands and agencies know that we’ve got a big base of talented creators and designers,” he says.

“There are other channels for technology and other skill sets.”

However, he also attributes the demand for design skills to the broad spectrum that they can be applied to.

“Design particularly is something that’s required across every channel, as every stage of a brand’s communications,” he says.

“So, it’s a universal requirement regardless of how big you are and we simply see that in terms of the customer base accessing design skills.”

The average length of gig was 23 days with gigs from brands averaging 33 days and gigs from agencies averaging 20 days.

The specialisms with the longest gigs were account managers at 58 days, community managers at 53, comms strategists at 38 and iOS developers at 38 days.

While the average length of gigs for editors, retouchers, creative teams and animators were the shortest sitting between seven and nine days.

With the rise of martech, Bentley predicts an increase in demand for freelancers with the appropriate skill sets over the coming year.

“We will see some pretty high rates over the course of the 12 to 18 months that we have already started to see,” he says.

“In a similar way to what we all saw with user experience and CX about five years ago, and they dropped down to reasonable levels as supply increased in the market.

“But I think that’s going to be an interesting area to watch how the supply of great talent to support demand comes through and how that affects price in the next few years.”