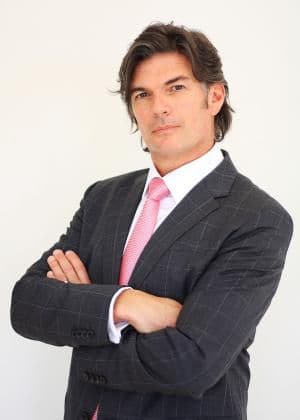 For an agency only three years old to win Agency of the Year raised a few eyebrows last night. Paul McIntyre explains the reasoning.

CumminsRoss is it. After threatening a return to adland following the sale of his previous agency Cummins & Partners to SapientNitro in 2010, veteran creative Sean Cummins did exactly that in 2011.

The firm is booming and in the hyper-competitive Australian agency sector, the CumminsRoss story is a ripper. Like the other independents on this year’s shortlist for Agency of the Year – Match Media, The Monkeys and Maud – CumminsRoss has shown it can fly against the forces of global consolidation, the clout and resource that comes with multi-national and regional micro-networks and a general conservatism among blue-chip marketers to run with the safety of size.

CumminsRoss has battled those headwinds with a full-service creative-media model that today some might call a “hybrid” but in the 1990s was the industry standard. WPP’s Sir Martin Sorrell might say you can’t put the toothpaste back in the tube, but CumminsRoss has shown some can still zig when others zag.

Three of the agency’s top four clients, including Asahi Premium Beverages, Dairy Australia and Deakin University, use CumminsRoss for media and creative. Other big brands in its stable include Nike, Chrysler Jeep, Fiat, Novartis, Kathmandu, Dairy Australia, Chivas Regal, Reflex and Tennis Australia. With just under 100 people and upwards of $10 million in revenues, CumminsRoss grew 31% in 2013 – profit was up 63% and staff numbers up 23%. It did not lose any clients in 2013.

CumminsRoss’ most high-profile work is probably for Jeep, which the automaker claims is Australia’s fastest-growing car brand. Australian sales for Jeep last year were up 22%, along with a double-digit rise in market share. Winning one of the more credible 4WD of the Year accolades in 2013 contributed significantly to Jeep’s momentum, no question, but CumminsRoss’ work on Jeep has also forced the marque into the broader Australian conversation.

The agency has also taken equity stakes in new ventures such as Coco Vodka and Surf Volley.

CumminsRoss wants to be the “world’s most admired creative-media agency network”. That suggests Cummins is marching on with typical expansion-minded ambition. Some of its clients also privately say it’s an agency which still fights hardest for its ideas and recommendations.

Against very real competition from the big yet perpetual class performer in Clemenger BBDO Melbourne, another outstanding new riser in Match Media and the creative entrepreneurs at The Monkeys and Maud, CumminsRoss pipped the field because of its rapid emergence and growth and its contrarian stance on fusing media and creative under one roof.

Hats off and congratulations.

A full and frank interview with the man that polarises opinion will feature in the forthcoming print editon, published 7 March.