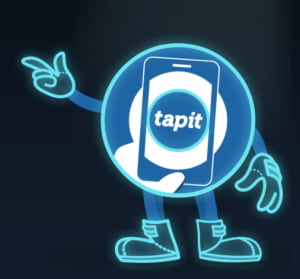 Hunt says NFC technology is a major growth area in mobile marketing and the deal brings proprietary technology, data and IP to the Geronimo tech stack. It also sees founder of Tapit Jamie Conyngham join the Geronimo management team as the CEO of the Tapit business.

In June this year Tapit, which helps connect brands and digital content to consumers via their mobile devices, was placed into voluntary administration. A liquidation notice was listed on ASICS as recently as July 20, but Hunt says Tapit’s strong legacy of innovation in the mobile arena is just what the market needs.

Hunt said Tapit had signed an agreement to be acquired by a mining company as part of a reverse takeover and listing on the ASX. Unfortunately, the deal didn’t go ahead due to unforeseen circumstances. The business had spent the best part of a year pursuing this strategy and did not have a replacement funding option.

“As a result, the directors of the business decided to run a process to sell their assets,” Hunt explained.

“Having seen the business from the inside I’m surprised that Tapit is not listed on the ASX today. It’s an amazing business. That said, we were in the right place at the right time and were delighted to begin a new chapter with Jamie [Tapit CEO] and the team.”

Why this buy and why buy now?

“The timing is perfect. The directors of Tapit were looking to sell at the same time that Apple announced that it was adopting core NFC as part of the latest operating system release in September. This opens up a further 40% of the consumer market,” Hunt said.

“We think this acquisition will encourage our clients to go deeper into their thinking about how you connect with customers and this will have a positive impact on our overall business.”

Geronimo will keep the brand and the trademarks and will work through other details during its post merger integration plan.

Brands have been quick to catch onto the contactless communications sector and since 2011 Tapit has worked with global brands including Google, Microsoft, Unilever, P&G and Nestle.

Tapit puts its technology in places where brands have a physical presence so people can tap their phones to interact with them rather than typing in URLs, using QR codes or voice controls. The platform understands who is interacting and captures the data to help improve future marketing efforts.

Case studies on its website also highlight work with Nike, McDonald’s, Westpac, Cannon, Visa and Paramount; largely related to retail and out of home (OOH) activations. As an example it launched Westpac’s first NFC mobile wallet and helped promote the launch of the new McDonald’s mobile ordering app. It also teamed up with Pernod Ricard to create the world’s first connected stubby holder, allowing people to simply tap their smartphone to access exclusive content from the Melbourne International Comedy Festival of which Pernod Ricard was a major sponsor.

Hunt says the move cements Geronimo’s position as an innovator in the mobile marketing industry and enhances the capabilities of its mobile customer experience (MCX) platform.

“Geronimo is all about improving a customer’s experience with a brand using mobile. Tapit’s platform helps us connect the physical world with the digital world and we believe the platform will allow people use their phones to transact with companies in the future,” Hunt said.

“If you sit in any chief marketing officer’s role in Australia, I think it’s difficult to argue there is any more pressing issue than focusing on the customer and improving the way you connect with them. That’s why investing in NFC technology and why mobile innovation is so key for our clients and for the team at Geronimo.”

A new chapter for Tapit

Tapit founder Conyngham says it’s a new chapter for Tapit; the deal enables a raft of fresh research and development work to take place and with Apple updating its operating system in September, it will work on most new phones.

“NFC will therefore become one of the core technologies driving mobile innovation around the world,” Conyngham says.

“This acquisition coincides with Apple’s announcement last month that it will open up NFC support for developers in iOS11. This is a pivotal moment for the mobile industry.

“In Australia, we already use NFC for payments like Apple Pay, our banking apps and Samsung Pay, plus all the chip and pin credit cards for Tap and Pay. However, for other NFC uses like Tapit marketing, pairing speakers and other systems for your phone like transport ticketing, companies and governments have held back because it doesn’t work on all phones.” 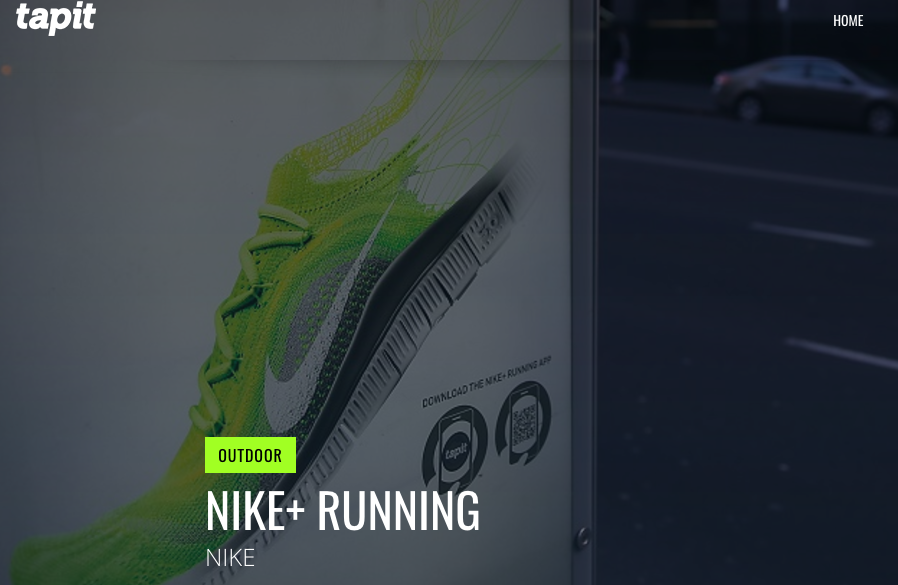 How Geronimo is tracking

Hunt (below right) says the deal is a privately-funded Geronimo acquisition with no other parties and currently the company is working with around a dozen agency partners and about the same number of advertisers.

The business launched with foundation partners Ikon and Bohemia, which sees Geronimo used for all client campaigns.

Hunt says the company is focused on the consulting space as much as the media space and it’s gaining more attention from marketing teams form brands themselves. 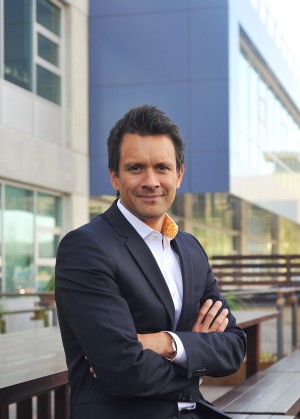 “CMOs are responsible as custodians of the customer relationship and most companies are not adequately focused on the role of mobile in developing a seamless, personalised customer experience,” Hunt explained.

Geronimo, which launched with a team of six people, headed up Olivier Starck from IPG's Mnet division, now has 12 staff, five of which are female.

The Manly-based company, which licenses Lotame as a DMP in order to integrate cookie, device ID and first party customer data, recently created an outsourced Geronimo development team of nine people to develop a proprietary mobile media management platform that it plans to release next year.

VC on the horizon?

When AdNews last sat down with Hunt he said there was a need to create urgency to help Australian companies market themselves better in a mobile world. So how far have we come?

“On the whole – pretty well. I think we’ve identified the problem but in terms of creating urgency, I think we can do better. It’s hard to argue that there is a more pressing priority as a CMO than ensuring the experience your customer has with your brand is a good one,” Hunt says.

“The real battle ground today is mobile and there are more losers than winners right now.”

“We have a couple of big opportunities on the horizon but our focus is on continuing to do great work for our partners. No question that Tapit adds value to the company but the most important value is that we can give our existing clients direct access to market leading technology to improve the way they connect with people,” he said.