Five Days with the Apple Watch 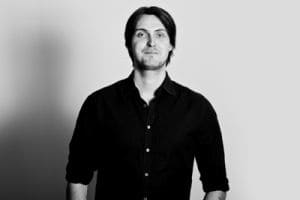 Erik Hallander is Isobar’s mobile and innovation director. He documented his story of his first five days with Apple’s new product, ‘The Watch’. Check it out below and feel free to add your views below...

Unpacked to find the Watch at 100% battery. Gold star Apple. Initial pairing failed. Didn’t tell me why. Copper star Apple. The watch got stuck and I had to perform a factory reset. Five minutes. Bah.

During the first hours of the day I occasionally played with some of the features, but realised pretty quickly this isn’t really a device you are active with. Wasn’t sure if I was happy or disappointed with that. The screen is gorgeous for its size though. Everything is clear and legible.

Meeting reminders are hugely helpful. A gentle tap on the wrist reminding me where to go and when. No more excuses for being late or missing meetings. Argh.

Email immediately felt too much. Within a few hours I was convinced it was going to irritate me. I set up a few VIP groups on my phone and told it only to notify me when an email arrived from those instead.

I’m almost certain that I’m going to dislike this charger. It’s flimsy and flops around no matter how you try to strategically place it. Yep, I hate it.

Before the day was over a friendly chime and tap notified me I hadn’t met any of my activity goals for the day. I wondered if this was going to change any of my habits. Doubt it.

Decided to put on the watch and shower with it, just to test the alleged water proofness. Didn’t explode. Good to know.
People kept asking me ‘what does it do?’, and I found myself hard pressed to answer. The best answer I had was ‘It doesn’t really do much, it just helps you along’. No one seemed to be excited by that answer but myself. Ugh, hope I’m not fooling myself.

A co-worker asked to try it on and when on his arm the watch asked for a passcode. Magic! Or whatever, it felt like magic anyway.

Mate of mine got his watch. He immediately used the ‘sketch to apple watch’ feature to draw a dick and send it to me. Charming. I bet 85% of all sketches sent after the first month will be dicks. Truth.

I got lost in customising the watch faces for 30 minutes and hated myself for it. The one I have now looks great though.
Towards the end of the day I noticed my phone was almost at full battery. I realised that I hadn’t really picked it up much during the day. Woah.

End of day impression with watch: Not sure if it’ll last, but I find it really useful.

Long day ahead. Red-eye flight to Sydney and back in the evening. I forgot to put the watch in flight mode. Plane didn’t crash. Thanks Apple!

I’m almost positive that the ‘app view’ is just about useless. The bubbles are tiny, and loading a third-party app takes an eternity. Plus, they don’t really do much. The Evernote app felt totally pointless, even as an avid Evernote user.

Experimented with turning iMessage/Facebook chat/Hipchat off. I immediately missed it. Back on we go.

The ‘taptic engine’ is pretty amazing. Instead of a dull vibration of other smart watches, you get a gentle tap coercing you to look.

A Sydney co-worker asked what it does. “It’s like you have a small personal assistant that nudges you in the right direction throughout the day, without annoying you”. I’m copywriting that.

Throughout a few 1on1 meetings during the day I did discover that checking your watch is a huge cultural gesture. “Do you need to go?” was asked a few times from different people. Note to self, resist the urge.

Watch told me that my flight was coming up soon. I used the Uber app on watch to get to the airport. Worked, but I don’t think it was any less effort than using the phone. Was a nice geeky moment though.

After a 13 hour day, my phone was at 78%. This time, I was pretty sure that was on account of the watch. The glancing paradigm really works. It gives you enough information to know if you need to act straight away or not, and takes no more than a second. No more obsessive phone-hands?

End of day impression with watch: Almost positive I’m going to love it.

Saturday. I was debating not wearing it in the morning, but decided to take it with me. My weekends are usually packed with activities for the kids, and I didn’t really end up using it much actively.

Tried answering the phone with the watch and talking to it like Dick Tracey. Not for me. I felt the whole world judging me. Intensely.

I did dictate an SMS through the watch though. “Hey Siri. Send sms to wife. ‘Leaving soon, going to store on the way back’”. Nailed it. Felt stupid doing it. Whatever.

Used a checklist app to do groceries. Tapped on each item as I grabbed it from shelf. I felt like I looked dumb doing it, but secretly thought it was super awesome.

Slammed the watch into the car door. Mortified. Didn’t scratch it.

End of day impression with watch: Useful outside of work as well.

I still hate the charger. It’s flimsy and irritating, can’t get it to stay in the right spot. I have to say though, I was concerned I’d find the daily charging more annoying than it actually is.

I sat down to do some work towards the end of the day. After a while the watched tapped me on the arm. I looked. “You’ve been sitting for two hours! Time to stand”. Fair call, watch.

End of day impression with watch: It’s a watch and a PA all in one.

First smart watch that I’ve wanted to wear for more than two days. At this rate, I’ll be wearing it for a long time.

Notification paradigm is extremely useful, and you can tell it exactly how much you want to be told, about what. You find the balance very quickly.

The amount of general customisation you can achieve is beyond traditional Apple means. It makes it feel pretty personal.

Feels really good on your arm, and looks pretty slick.

I don’t know how to verbalise this better than, “It stops you obsessing with your phone”. That in itself is a big deal for me.

Third-party apps are almost all useless. I don’t even know if I’ll ever open another app on the watch again.

The charger is legitimately the worst Apple thing I’ve ever seen.

The half second delay of the display coming on when you raise your wrist is infuriating.