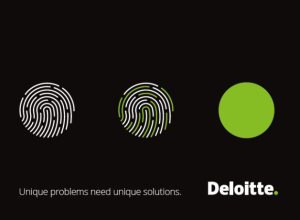 Deloitte has launched its first global advertising campaign in airports around the world, including Australia.

The campaign, created by WPP agencies, boasts the global audit, accounting and consulting firm Deloitte’s ability to make an impact in an era of disruption and constant change.

Deloitte Digital in Australia has also created a 30 second commercial to run globally in conjunction with the campaign.

Speaking to AdNews, Deloitte Australia CMO Matt McGrath says the campaign aims to highlight its offering outside of consulting.

“We are somewhat undervalued for what we are doing in the consultancy and digital transformation space compared to our reputation in accounting,” McGrath says.

In Australia, the ads will focus on issues like cyber security, digital transformation, emerging technology (such as artificial intelligence), innovation, smart cities and the future of work.

Deloitte is the second largest accounting firm in Australia behind PwC, but the largest globally. McGrath says he hopes the campaign drives growth in the APAC region and moves Deloitte into the number one position locally.

WPP's Wavemaker developed the media strategy for the campaign and the creative design was led by WPP's brand agency SuperUnion.

The campaign uses a set of 14 different executions and outdoor digital placements will run at 21 airports in 11 countries through September and October, including Qantas terminals in Adelaide, Brisbane, Canberra, Launceston, Melbourne, Perth and Sydney.

The ads will also run within the Sky News inflight program on Qantas, in the Qantas QView app and on social media.

A TV campaign supporting the outdoor executions is expected later this year.