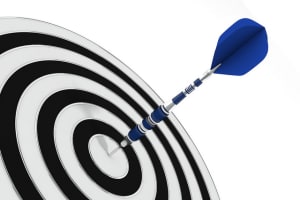 When it comes to mass addressability far more than a "one dimensional programmatic" approach is needed, according to Dr Karen Nelson-Field.

Speaking at the the Starcom MediaVest Group (SMG) and AANA's Future of Australian Customer Experience panel event, the director of the Centre for Digital Video Intelligence at the University of South Australia, says as much as programmatic has come on leaps and bounds in the last three years, really the current level of targeting is beyond basic.

“I know this is going to sound a bit harsh, but it's interesting how we are all trying to jump on programmatic, and while earlier it was said that it was 'basic' in terms of what we can target, I was thinking more 'simplistic' over basic – probably a bit harsher, but as much as programmatic has come leaps and bounds in the last three years, really it's quite simplistic in terms of what we can target by,” Nelson-Field says.

She recalls discussions 11 years ago on targeting such simple demographics - such as age or the weather – but stressed the next generation of targeting needs to be much deeper.

“For me the future is more around potentially tapping into contextual targeting. I think that's the new wave of programmatic – looking at things like artificial intelligence to add a third dimension to what is at the moment one dimensional targeting,” Nelson-Field says.

Nelson-Field used the outdoor space as an example, citing out home digital offerings, such as billboards that can clock your mood and target you based on those metrics as you walk past.

“I also think in the future we will be able to match things like mood and behaviour,” she explains.

“I think there's a big gap with predictive client behaviour. We rely on the old 'if they search it they must be in that buying space' but I think there's something more to be said about subconscious and nudging - without people even knowing they're in that space.

“I know it sounds a bit big brother, but I think you can understand people's mind behaviour quite well and then add that to that some context, for example a mood state, or household – or whatever that might be, and you could be at the right space at the right time. I think that's the future.”

The panel event followed a report of the SMG Media Futures 2016 survey, which polled media owners and 135 of the top 500 companies in Australia.

The study found there is a huge discrepancy between the advertising revenue expectations of media owners and advertisers, and better collaboration between all partners on customer experience (CX) is vital to avoid disappointment.

In the panel McDonald added that there are some unique startups out there that aren't utilised enough and that the industry doesn't touch upon such new companies as it gets “so obsessed with the big players”.

Other topics discussed included nurturing CX talent within your business, being nimble and adapting to change. Nelson-Field also raises concerns about the “black-box mindset”, saying that the way some metrics can be “well hidden” when working with other partners is of concern.