Clients need to cough up to solve transparency crisis 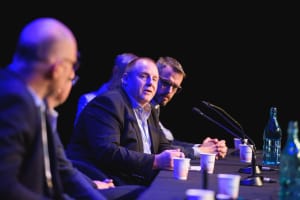 Clients seeking to land the cheapest deal with agency partners and the lack of push back of global media commission rates are contributing to a lack of transparency in the media buying ecosystem, according to panel of industry execs.

American Express director of marketing and business insights Ciarán Norris, who worked at Mindshare and Yahoo7 before switching to client side, said he has experienced clients prioritising cost over effectiveness several times.

“We had a client that was thinking of moving a piece of its account to us because it wasn’t happy with the service from their global agency. But when we spoke about prices, they said they got a better deal with the other agency," Norris said.

"The client wasn’t happy with the service for the rate it was paying but wasn’t happy to pay more to get a better service, which highlights the challenge that both sides of this relationship face. Clients know what they want but aren’t always willing to pay for it."

Norris was speaking today at the AdNews Live! Tackling Transparency event in Sydney. The panel was asked about the impact of global media commission rates in driving non-transparent behaviour.

Also on the panel was Programmatic Media director Stephen Wright, who in his eight years at Trinity P3 ran global media pitches out of London, Tokyo and New York that impacted local agencies.

“When it got down to that pitch all the negotiations would occur overseas and we were then told 3% had been agreed as that global arrangement. We very quickly would point out that 3% didn’t cut it here,” Wright said, adding that the overseas agencies would reject Trinity P3’s advice against this figure.

“We don’t have the power here in Australia with many global clients. The only way it can be done is when there is a local review and there’s a supplement made to the deal when the client realises the agency is struggling to service the business properly.”

Vote on how you think the industry should tackle transparency here

“Clients need to understand how their agencies can make money and how that account can be profitable," Allison said.

"You need to be able to put your hand on your heart and say your agency can be profitable and do the work you’ve agreed on and that it can have a fair chance at making profit within the bounds of that agreement. If it doesn’t you are setting the path for all sorts of non-transparent and poor behaviour."

Omnicom Media Group Australia chief investment officer Kristiaan Kroon, who recently joined from Fairfax, said in Australia we can "win battles not wars", and it’s up to local clients to push back where possible. However payment terms imposed on media agencies are a bigger issue.

“I’ve heard talk of clients asking for 200 days until they pay an agency. That puts pressure on cash flow," Kroon believes.

"If you work at an independent, how on earth do you absorb that cost? But that’s not new to advertising. That’s the culture of other businesses coming to advertising."

Bohemia founder Brett Dawson and Slingshot CEO Simon Rutherford believes client push back on global media commission rates should be encouraged, but they aren't a solution to the transparency problem.

Dawson said that even if global media commission rates are more realistic for high labour cost markets, he doesn’t believe that agencies will suddenly become transparent.

"If there's a variable rate across the world that is in line with the cost of labour within that economy - great. Does that mean said agency is going to be transparent just because they are being paid accordingly... Probably not," Dawson said.

Rutherford agreed, adding that it’s one of the many things that need to happen but not the whole solution.

The half-day forum featured two debates where panels of industry experts debated 10 pre-submitted solutions to industry problems under the broad banner of transparency.

You can read and vote on the 10 solutions here.