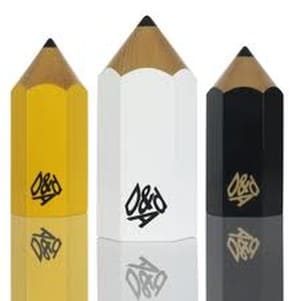 The Australian industry had a strong performance overall, placing third globally with 54 Pencils given to Aussie shops – a great celebration of the level of creativity coming out of Australia.

Clemenger Melbourne seems to be delivering on CEO Nick Garrett's desire to be not just the best in Australia, but the best in the world, having swept the board at the awards. The Aussie agency won more awards than any other agency in the world, with the Meet Graham campaign for Transport Accident Commission leading the way with two Black Pencils.

Overall the agency was awarded 13 Pencils including the Agency of the Year. It also has five new Yellow Pencils, two Graphite Pencils and one Wood Pencil.

Garrett said: “It’s a huge honour to be named the most awarded agency in the world at the D&AD awards, but more importantly, it’s fantastic to be able to contribute to the recognition of Australia’s advertising industry on a global scale.”

“We continue to strive to better our agency, but we can never forget doing great work only happens in partnership with brilliant clients, and it’s important for us to continue to do great work that meets the biggest business challenges our clients face, because great work, works.”

Clemenger BBDO Melbourne creative chairman, James McGrath, added that it was a great privilege and is “humbling to join the incredible lineage and legacy of D&AD”.

“We want to thank our creators and makers of course but most of all our clients, whose bravery and genuine belief in solving real world problems inspires us,” McGrath said.

According to the D&AD, the Black Pencil is the ultimate creative accolade, reserved for work that is “ground-breaking in its field”. Only a handful of Black Pencils are awarded each year, if any.

D&AD CEO Tim Lindsay said: “What an outstanding year for creativity. Five Black Pencils, all hugely deserving of the Award.

“What unites them is a clear desire to create a better world, whether it’s promoting diversity, safety or inclusivity but what is really fantastic is that they win this coveted award for their craft.

“This is proof that creativity as a force for good lives outside of a single category but has become an all-encompassing theme.”

Last year Y&R New Zealand was the most awarded agency at this year’s prestigious D&AD awards, walking away with 11 pencils.