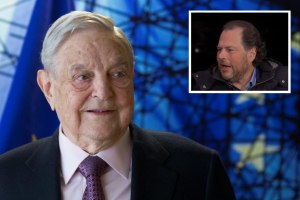 Investor George Soros and Salesforce founder Marc Benioff join a growing chorus of voices critical of the impact social media is having.

Two powerful voices in the business world have launched separate, scathing attacks on Google and Facebook at the World Economic Forum in Davos over the past week.

Both join a growing chorus of senior figures in business and politics calling for tougher regulations of the social media sector, which US media and advertising analyst Brian Wieser believes is a bigger risk to Facebook and Google than any potential backlash from advertisers.

In his annual Davos dinner, Soros predicted governments would begin to heavily regulate the sector due to the control Facebook and Google have over internet advertising and their vulnerability to be manipulated by authoritarian states.

“These companies have often played an innovative and liberating role,” Soros said. “But as Facebook and Google have grown into ever more powerful monopolies, they have become obstacles to innovation, and they have caused a variety of problems of which we are only now beginning to become aware.

“This is particularly nefarious because social media companies influence how people think and behave without them even being aware of it. This has far-reaching adverse consequences on the functioning of democracy, particularly on the integrity of elections.” (Check out his full speech here) 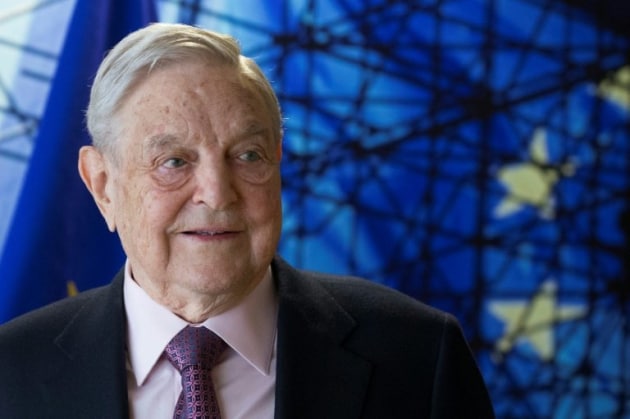 Soros said Facebook and Google's control of more than half of internet advertising revenue meant they were near-monopoly distributors of information and this meant they should be subject to more stringent regulations “aimed at preserving competition, innovation, and fair and open universal access”.

He added: “Social media companies deceive their users by manipulating their attention and directing it towards their own commercial purposes. They deliberately engineer addiction to the services they provide.

“This can be very harmful, particularly for adolescents. There is a similarity between internet platforms and gambling companies. Casinos have developed techniques to hook gamblers to the point where they gamble away all their money, even money they don’t have.”

Soros predicts that in order to grow, the tech giants would be forced to compromise their operations to gain access to markets that have so far been closed off to them, most notably China and Russia.

“The dictatorial leaders in these countries may be only too happy to collaborate with them since they want to improve their methods of control over their own populations and expand their power and influence in the United States and the rest of the world.” 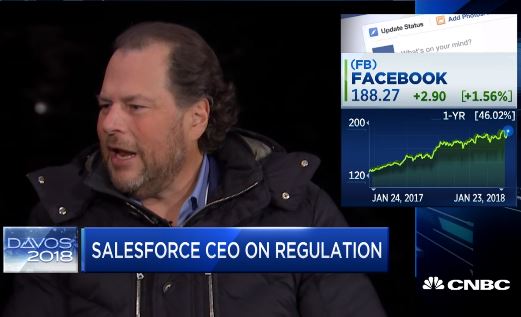 Salesforce founder Marc Benioff, speaking to CNBC's Andrew Ross Sorkin, believes that social media firms could be regulated and in a similar vein to the tobacco industry.

When asked how you would regulate Facebook, Benioff said: “Well I think you'd do it in the same way that you'd regulate the cigarette industry.”

Benioff added that social media technology has addictive qualities similar to cigarettes and are not good for you “for the most part”. He believes that further regulation of the industry was inevitable.

“We're the same as every other industry. You can see in financial services the government has become involved, consumer product goods, food, and with technology the government is going to have to be involved,” Benioff says.

“There is some regulation but there will probably need to be more. You've seen this situation where elections are being manipulated by outside forces, that's probably an opportunity for governments to look at.”

Benioff, who founded Salesforce in 1999 and is now believed to have a net worth of $5 billion, is a rarity in the tech industry - a CEO that favours further regulation.

His views about tech following the path of food (think sugar tax) and finance (collaterised debt obligations) are not new, but the focus on social media specifically and likening their effect on society to that of the tobacco industry are pointed.

Plenty of talk, but little action

Will the mounting negative press have any impact on marketers that advertise on Facebook and Google?

“We wanted to update our perspective on whether large brand marketers will eventually react, and so reached out to a number of practitioners within marketing organisations across a wide range of categories in recent day,” Wieser wrote in a note to the market.

“Our takeaway is that so long as there is no expectation of a negative brand impact from running ads on those platforms and so long as near-term user or usage trends aren’t impacted by negative news, ad budget plans will not change in any meaningful way.

He added: “We have observed that marketers will not typically give a second thought to running ads on social media platforms adjacent to brand-unsafe text-based content if it occurs in a feed. However, they do harbour concerns about ad units they consider to be directly associated with certain types of video-based content (including illegal acts, sex and/or violence) via pre or mid-roll video ad units.”

Wieser said that as long as marketers don't perceive their brands will be adversely impacted by their presence on social media platforms, budgets won't shift, and he likened this approach to the early days of television.

“From its earliest days there have been concerns around television’s negative effects on people and society,” Wieser explained.

“Those concerns did not appear to limit growth of the medium, although advertisers came to express preferences for certain types of content on that platform, and we think it is likely that something similar will continue to occur with digital media.”

Wieser believes where there could be an impact is if governments heed calls for tighter regulation, which is currently being looked at by authorities in the US, Australia and across Europe.