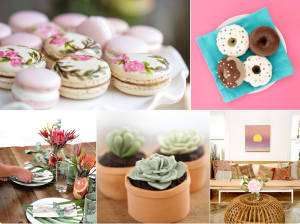 Allure Media's recent acquisition of multichannel women’s platform Kin Community aims to fill the growing appetite for video content both editorially and commercially. AdNews caught up with Allure CEO Jason Scott to find out the reasons behind the deal that sees the Fairfax-owned publisher become Kin’s media representative in Australia and New Zealand.

Founded in 2007, Kin Community says it has more than 170 million social followers and serves more than 600 million video views, predominantly through channels such as YouTube. It aims to inspire and inform young women around the world through home-focused content and community.

It's short-form content covers off food, home and DYI and is expected around September 2016. Scott tells AdNews the acquisition is a response to the trend in digital media prioritising video. He is currently focusing on recruiting staff and a managing director for the Australian spin off.

Scott expects to see a high interest from commercial partners in Australia as it provides a non-traditional way to communicate with millennial women.

“The pre-roll ad format is not an ongoing sustainable model,” he says. “I don’t hear consumers saying they really enjoy watching pre-rolls.”

He believes pre-rolls and other traditional ad formats will continue to be challenged over time as consumers push back on disruptive models, like with the use of adblockers.

Kin Community has previously worked with brands in the US, such as P&G, Nordstrom, the Marriott, Walmart and Nestle, to produce branded content.

Scott says Allure will be replicating both the ad format of Kin Community and the editorial currently seen on the US site. The verticals of home, food and DIY are led by different US personalities, which Scott says will be mirrored with Australian faces.

“Kin Community is at the centre of the increasingly on-demand world of social and video. One of the things we like about this business is it embraces the power of video and how video content is consumed which has changed dramatically,” he says.

“It taps into the ability to push content through distribution channels that suit the functionality of video, such as YouTube.”

“If you look at what Kin does at its core, it creates native integration with brands and custom content areas. Native advertising is a huge part of what the business is about but it also produces content that people will like,” he says.

Locally, the publisher has already established relationships with YouTubers Ann Reardon from channel How to Cook That and Andy and Sonia, from AndyMetSonia.

“We will be applying Kin’s best practices but both businesses realise to operate in the Australian market, we need Australian talent,” Scott says.