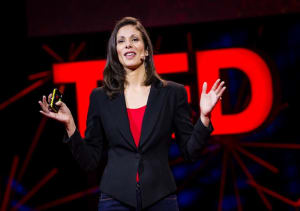 Countless reports in recent years have catalogued the declining trust in media. The epidemic of fake news has in the past year made it more acute and media organisations face the ongoing challenge to their business models that means journalism and quality content is being eroded - and the fourth estate undermined almost to a point of no return.

So what does that lack of trust in media really mean and what role does media play? asks Rachel Botsman, a business consultant who specialises in the changing dynamics of trust.

“It’s the core of a lot of pain and disruption we are facing in the world, and it comes down to the decisions we make,” Botsman says.

“Because of the flood of information, the flood of influencers and the decline of so-called experts, how do we make decisions around who is trustworthy, who to vote for, what products and services to buy, and what to believe in the world? My theory is that it gives rise to different voices, often voices that tap into feelings of fear, fatigue and anger versus people who really speak to fact. Donald Trump, Hilary Clinton and Brexit are the example of that playing out,” explains the consultant, who is the keynote speaker at the upcoming Inform event hosted by News Media Works.

The issue isn't one that just affects the media industry, but society as a whole.

“If the media is an institution that informs the public in an independent way, if that goes away it is a threat to democracy. The World Economic Forum this year said that online misinformation is one of the top 10 risks to society, up there with climate change and terrorism, in terms of global instability.

“Fear and cynicism are a threat and the media can amplify that or correct that. If we’re not going back to these institutions of trust, what is the role of media in an untrustworthy world?” Botsman questions.

“The problem comes back to the economic model [behind media] and the financing of the industry and people not paying for content. The problem is 15-20 years old, but the business model of media has never been fixed.”

“[The alternative has not been found] and the human nature is that we want to pull the media back into this institutional model. We want to think the media can still control what people are seeing, but we have to let that go and find a new model that works.”

Botsman believes strong media brands can weather the storm and help us find a way through, but she isn't convinced Australian media brands are strong enough.

She cites global and US brands like The New York Times, the New Yorker, The Economist and Wired that are brands built around thinking and fact versus opinion and content.

“They become a brand that people value, which goes back to how media companies used to think of themselves,” she says.

“It’s hard to point to who or what [in Australia] could be the central hub for this change here. There’s a monopoly of the media and often they just don't have the weight they have in other markets.”

The debate around the role that social media platforms like Facebook play and traditional media putting the blame on the social networks is a “distraction”, she says, but she believes society needs tools to distinguish trust.

She believes there’s a difference between trust and trustworthiness. Fake news has spread not because people lack trust in sources of news, but because they can't determine whether the information can be trusted or not.

“We need to assess how trustworthy this information is, it needs to become like a spell check.”