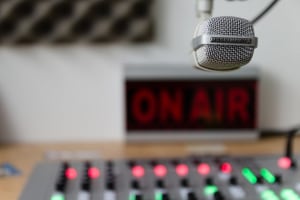 Commercial radio ad revenue has grown across Australia to reach $809.4 million, with Melbourne seeing the biggest increase, according to Deloitte data.

The findings are a sign that radio has bucked the trend of decline facing other traditional mediums, such as print, which has continued to lose ad revenue to digital platforms.

Released by Commercial Radio Australia (CRA), it shows that ad revenue rose by 3.4% to $809.421 million in the five main metro markets for January to December 2018, compared to the same period in 2017.

“The industry worked hard throughout 2018 to continue to attract advertisers and listeners,” Warner said.

“It's made buying radio easier through the automated holdings system and listening even more accessible via RadioApp, DAB+, FM or AM, in the car on the phone and through smart speakers.”

Warner added that despite feeling like it's “under seige”, radio has been able to adapt to new technologies and remain relevant.

In order to raise awareness around the growing digital radio medium, last year marked the first time radio ratings included digital ratings as separate survey data. By releasing the data on the same day as the regular ratings, Commercial Radio Australia thought this would push the medium onto more media plans.

Last year CRA has launched a new audio logo for its Radio Alive campaign which urged brands to develop a clear audio strategy to better connect with customers in the new media environment.

At the time, Warner said having an audio brand strategy is as important as having a visual one as consumers are spending a significant proportion of their media time listening, and this is only set to increase as voice technology continues to develop and audio content becomes available across more channels and devices. See more here.