With only 4% of women who think they're beautiful, Dove decided to break down the insecurities of a group of women by revealing how other people really see them in a touching new campaign.

The Real Beauty Sketches features forensic artist Gil Zamora who sketches the women without ever seeing them. He listens to the way they describe themselves and draws it, then creates another sketch of how a stranger described them.

The results were startling as the women were confronted with the sketches that they described that were far from what they looked like compared to the beauty seen by the strangers.

Gil Zamora said "When I was asked to be a part of the film for Dove, I never imagined how different the two sketch portrayals would be. What has stayed with me are the emotional reactions the women had when they viewed the composite sketches hung side by side. I think many of these brave women realised that they had a distorted self-perception that had affected parts of their lives in significant ways”. 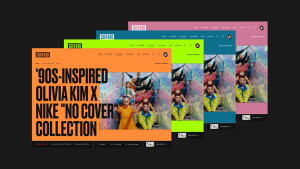