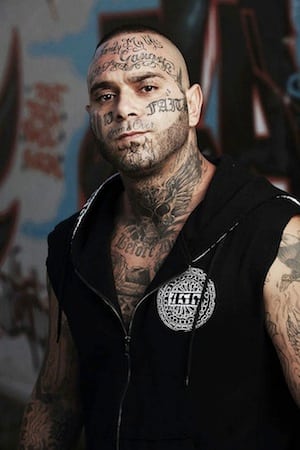 Once Upon a Time in Punchbowl.

SBS is putting its full-service media and creative account out to tender, with nine-year incumbent Razor Group set to defend one of its key pieces of business.

AdNews understands a handful of agencies have been asked to participate in an invite-only pitch process, with the first round of submissions due at the end of January.

An SBS spokesperson confirmed the move to AdNews. SBS marketing manager Katherine Raskob said: "Like most other Australian media companies, SBS has grown and evolved over the past few years as the media landscape has changed in significant ways.

"We’ve increased our internal resources and capabilities in creative, social media, publicity and brand-focused marketing in response to those changes in the media environment.

"It's now time to take stock of our marketing agency partnerships and consider our needs for today and into the future. To that end we decided to go to market to pitch for a media and creative agency resource.

"We are currently in the first stages of a pitch process. We’ve reviewed the marketplace and made a list of agencies that we think may suit our requirements and have asked those agencies to present their credentials by the end of January. From there, we will shortlist a number of agencies for further consideration.

"Our current agency, The Razor Group (including Joy), with whom we have enjoyed a successful relationship over the past nine years, have naturally been invited to participate."

The network has sharpened its programming focus going to into 2014, but suffered its first hiccup in December when the heavily promoted Once Upon a Time in Punchbowl was pulled from its schedule following revelations one of its key personalities had fabricated his story.

The last federal budget under Labor saw SBS claim $20 million in new funding. This year the broadcaster will launch automated buying through the Landsberry & James platform.

"Our marketing is an area we've traditionally not spent a lot of money on because when you don't have a lot of money, [you tend to] put it into content," he said. "We've realised we've got to advertise more to tell audiences about the content we've got.

"So we've seen a significant increase in our own off-network media spend which we know is working, but we've also upped the ante on things like our publicity getting more share of voice than we could ever command in the sort of dollars we're limited to. It's a big thing we've really been focused on."

According to Nielsen, SBS spent $2.1 million on main media in the 12 months to November 2013, up from $1.6 million in the prior corresponding period.