OPINION: Why agencies should get into bed with venture capitalists 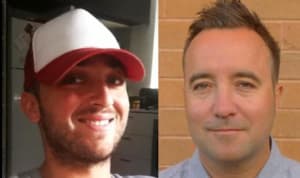 We’re missing out on a big opportunity. Australian agencies are experimenting with different remuneration models but there’s one we’re yet to fully embrace: venture offshoots.

Equity share (at the core of the idea) is nothing new. In fact, at Naked Communications we’ve been doing it for years. But as an industry it’s an offering we only dabble in behind closed doors. Overseas, however, they’re formalising the approach and promoting it as an agency offering.

Agencies like KBS+P and Wieden+Kennedy have created venture offshoots where they’ve partnered with venture capital firms to launch new ideas, invest in others and gain an edge in the venture capitalist (VC) market. While it’s still early days to determine the success of such endeavours, it won't be long before we see the models emulated in Australia. And collaborations involving the local tech scene seem like a good place to start.

The most promising VC/agency investments from abroad follow a certain formula. They’re digital, scalable, early stage and stand to win big from agency networks. For all involved, the idea makes perfect sense. It’s digital and early stage so it’s cheap to get a prototype up and running. You’ve got expert brand builders on tap to set the marketing right from the start, and most importantly you’ve got a product that can be plugged into an existing agency network that can fast-track revenue generation.

A great example of this is KBS + Partners' investment in Adapt.ly, a business which allows brands to deploy ads simultaneously across social media ad platforms. The other less obvious benefit of following this formula is that from the agency's perspective, the whole endeavour is an exercise in education and branding.

Not only does the agency look innovative for simply offering such a service, but in a market moving more and more towards digital every day, investing in digital start-ups means that whether or not you back a winner you a) appear on the cutting edge, b) expose yourself (and your clients) to knowledge and innovation and c) you commence conversations with the clients of tomorrow.

Like abroad, the emerging tech scene in Australia presents the greatest opportunity for VC/agency offshoots. Last year, sites like 99designs and Kaggle made headlines raising millions in US venture funding and now there are lots of Australian funds hunting for their successors. We’ve got early stage 'accelerators' such as StartMate, AngelCube and PushStart, tech development partners like Polenizer and Blue Chilli and various other more traditional funds all focused on Australian start-ups.

But like the US scene, there’s danger of overcrowding. With every new VC fund that enters the market, the competition for promising start-ups becomes more fierce. This is where Australian agencies have an opportunity. While Australian VC programs are currently promoting legal partnerships and marketing 'mentors', none have leveraged the extensive expertise and commercial contacts found in an established ad agency (not to mention the agency’s own brand). I don’t think it’ll be long before we see this hit the Australian scene.