Havas: This is the way all agencies will have to go 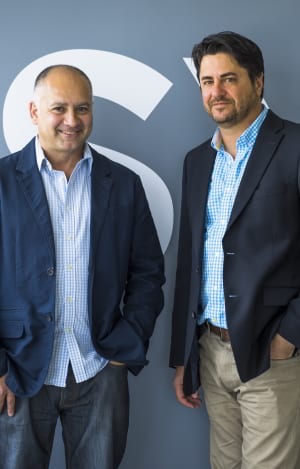 Nobody wants to use the words 'full-service'. Havas uses integrated instead. But that's where it's going, reckon Mike Wilson and Anthony Gregorio. Creative agencies will have to find some way of buying media too. Media owners say it just might work.

Havas is going back to the future by bringing creative and media under one P&L. The pitch is that it will make life easier for clients and remove the source of conflict that usually ends up with disparate units battling for control.

Arguably, the firm that is now Havas saw that coming.

Euro RSCG was one of the last multinational comms agencies to divest of its in-house media unit. It created the joint venture between Havas and Mitchells, MPG, which was run by Mitchells. But then Mitchells was bought by Aegis.

The Bollore family controls Havas. At that time it had held a big chunk of Aegis stock and had not always seen eye-to-eye with the board. The family had a strong relationship with Harold Mitchell, and could have arguably triggered a takeover by acquiring his stake. But that didn't happen, and Dentsu then made an offer they couldn't refuse.

Now the firm is cashed up and growing the Havas business. The plan is one integrated comms unit under a single balance sheet accounting for media and creative. It is thought that around 40% of its client base is shared between creative and media. The company will push integration hard next year.

Industry bosses – both media and creative agencies – have been talking about the need for both sides to be brought closer together. "But the reality is that nobody has done it. We are not talking about it, we are doing it,” said Mike Wilson, the former Naked chairman announced today as CEO.

“I hesitate to use the word 'full-service' – that has some negative connotations associated with the past – but agencies need to be integrated for the 21st century. Clients need ideation, investment recommendation, performance marketing and creativity in one team.”

Whatever that is called, the theory is that it will make life easier for clients. Wilson agrees with outgoing Nestlé marketing boss David Morgan that marketers are too bogged down managing processes and partnerships to think strategically.

“David Morgan was very public about some of the challenges facing marketers and privately many others I have spoken too have expressed similar sentiment. It gets very hard for marketing bosses to corral [all those agencies] into place.”

Wilson has some experience of speaking to those bosses across both media and creative, not least from his last job. He is now hiring to bolster that level of expertise. There are currently 12 people on Havas Media's books. That will “at least double very rapidly”, he said. Negotiations with key hires are at an advanced stage, he said, with some senior announcements due before Christmas.

The hires the company is making locally will improve its trading capabilities and Wilson said its lack of legacy operations meant it could set up for the future without going through the pain of re-engineering teams. “So we can better construct the business in the most appropriate way for the future.”

Part of that future will likely include specialist sports divisions and mobile units, as Havas operates in other regions. “I'm not saying they will exist from day one … but the roll-out of brands is something we need to look at in the short term.”

The global accounts for Reckitt Benckiser and MasterCard are currently in play, but Wilson wouldn't be drawn on whether he saw either as potential new business in the short term. However, those kind of accounts would sit nicely alongside the firm's current global clients, Emirates and LG. Locally the consolidated Federal Government account is also up for grabs.

So will agencies operating under one P&L mean better dollar for dollar rates for clients? Wilson claimed it would deliver better outcomes because it will rule out infighting between disparate units.

While agency bosses talk about re-integrating creative and media, Wilson thinks that it will be a while before they actually do it. Which is a big opportunity, he said, because “the entire communications landscape has changed completely in the last decade”, but media agency structures haven't.

“I don't want to besmirch potential competitors but the reality is agencies talk about this a lot. The proof pudding is actually doing it. And it is very hard for them to rip up the rule book and start from scratch when they have tough paymasters and aggressive commercial goals.”

If Havas Media can deliver on what it is promising, media owners think it might just work.

“There is always room for new innovation and thinking, that's the bottom line,” said Seven West Media chief revenue officer Kurt Burnette. “The challenge is around what it means, pricing etcetera, but the more strategic thinking we can get for clients in the market the better.”

Burnette said that the “notion” of agency consolidation, with “best-of-breed services in one place rather than splintering … makes sense. If the proposition ends up being what people propose, it can only be a good thing”.

Peter Wiltshire, Nine's head of sales and marketing, said there "was room for a full service offering in the major markets of Sydney and Melbourne."

However, he thought it might not achieve the scale of the big media agencies. "But if you look at the work that we and other large media companies are now doing, there is an increasing need for a more streamlined engagement with clients where we aren't managing multiple stakeholders."

Anthony Gregorio, Havas Australia CEO, said there was one single agreement in place between the units. “It's about getting media back in the building and merging seamlessly. We will help each other, whether that is pitching together or separately.

“Let's face it, media agencies are doing more and more on the creative side. The old-school way of making money is drying up, so they look to creative. Creative agencies are hamstrung because they don't do media. That is not a very level playing field. They have to find some way of doing it.

“Any communications agency going forward will have to bring media back inside.”

Have something to say? Send us your comments using the form below or contact the writer at brendan@yaffa.com.au