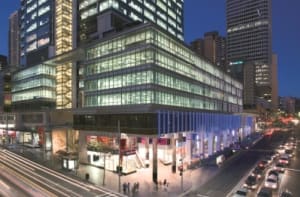 Harper's Bazaar Australia will launch a special Chinese edition in January 2013 in a bid to target affluent Asian tourists arriving in Sydney during Chinese New Year.

The one-off edition claims to be the country's first Chinese luxury fashion magazine and is a partnership with local government authority, The City of Sydney.

The launch follows Harper's Bazaar Arabia's publication of a dedicated Chinese edition in 2011.

The magazine's content will be created by the title's editor and former Grazia editor, Kellie Hush, with the support of the Harper's Bazaar editorial team. It will be translated into simplified Mandarian and aims to appeal to the Chinese shopper and visitor.

The print issue will be bolstered with a digitial version to allow for travelling visitors.

The announcement of the special edition comes shortly after Tourism Australia revealed it would accelerate its marketing push into Asia. Last month, the government launched its new Asia Marketing Fund in the hope of strengthening Asian tourists perceptions of Australia and attract them to the region.

The revised push involved highlighting Tourism Australia's recent multi-million campaign, 'There's Nothing Like Australia'. Is it expected to deliver $19 billion in annualised tourism spending by the end of the decade.

Publisher of Harper's Bazaar Robyn Foster said in a statement: “We are proud to be partnering with the City of Sydney for what will be the first Chinese language print and digital edition of Harper’s BAZAAR Australia."

“Chinese consumers are increasingly aware of luxury brands and we can provide the perfect destination when they visit Australia. It’s also an ideal offering and environment for our advertising partners. Our print edition will have a strategically-targeted distribution including five star hotels, casinos, and airport duty-free stores both here and in Asia, as well as via China Union Pay merchant partners.

“All in all it’s an incredibly exciting project that we fully intend on expanding in the future as the growing Chinese tourist market becomes increasingly important.”

Harper's Bazaar editor Kellie Hush added: “We know that luxury retailers are benefitting from wealthy Chinese tourists travelling to Australia and in January there will now be a luxury fashion magazine featuring the beautiful fashion imagery for which Harper’s Bazaar is renowned plus a shopping, cultural and entertainment guide in Chinese."

Harper's Bazaar is published by ACP Magazine's, which was recently sold to German media giant Bauer by Nine Entertainment Co. for a reported $500 million.