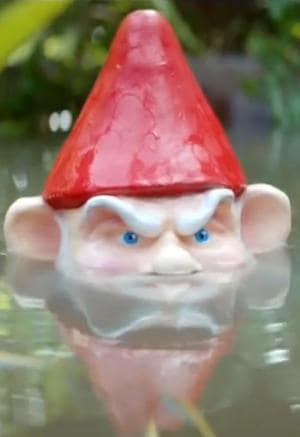 What is the world coming to when an Ikea ad featuring man-on-gnome violence has received 50 complaints.

Would an ad featuring an epic battle between garden gnomes and home-owners make you want to launch into your own bout of ultra-violence? Hardly. But viewers in the UK seem to think so.

You might recall a few weeks back we reported on an Ikea UK ad created by Mother, which depicts a bunch of jealous gnomes getting smashed up by a husband and wife who want to make way for some new Ikea furniture.

Apparently the human-on-gnome violence is just too much, because the ad has led to a whole stream of complaints from the British viewing public.

The UK's Advertising Standards Authority (ASA) said: “Although we deal with over 30,000 complaints a year even we are surprised sometimes by the reaction that an ad can provoke.

“This was certainly the case when a recent TV ad by Ikea featuring garden gnomes prompted nearly 50 complaints that it was offensive, unsuitable for children, frightening, violent and encouraged emulation and anti-social behaviour.”

But despite the complaints, the authority decided not to investigate on this occasion. Probably the right move.

This really begs the question: Who were the 50 people that complained? Did they look out into the back garden one day only to find their child violently attacking their prized garden gnome collection, or maybe the local gnome salesmen didn't appreciate the slight against their business.

And what is the relevance for Australia? Maybe the local ad standards board could learn a thing or two from its British counterpart. While the Advertising Standards Bureau in Australia will investigate after just one complaint, the ASA in the UK has refused to investigate a spurious claim, even when there were 50 complaints.

Now, where's the hammer, we're off to find some gnomes!