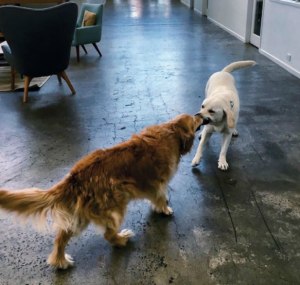 Another day, another points-based loyalty program. In this case, it’s Telstra Plus, a program from the telco that allows customers to earn points on every bill or recharge, with points to burn on tech, entertainment and tickets amongst other things.

So why would Telstra also want to go down the route of launching a points program in the increasingly cluttered category of loyalty? Most likely it has nothing to do with the value of the point at all. It’s the value of the CX that matters.

This isn’t a ploy to get customers to eagerly load up their points, frantically calculating the monetary value and how long until they can get their hands on a shiny new Bluetooth speaker. Rather, it’s about the increasingly positive customer experiences that the 8 million Telstra customers will have with the brand. In other words, Telstra will be banking on the program to deliver a more positive Net Promoter Score (NPS).

At a basic level, getting your monthly bill from Telstra is a dull necessity. But when you then see the points on your Telstra app reach Gold status, it creates a more positive customer experience. It doesn’t even matter if you’re burning those points or not - there is still a positive brand engagement for Telstra.

And in a category such as telcos, where your main customer touchpoints are sign-ups and bills, it’s hard for a brand to build an emotional connection, or even find a reason to talk to customers on an everyday basis. A loyalty program allows Telstra to do both, and work towards creating a continually positive customer experience beyond the mundane but necessary interactions.

THE BEHAVIOURAL SCIENCE BEHIND LOYALTY PROGRAMS
But it also seems a lot of cost, effort and risk to the business for Telstra to put a smile on somebody’s face. Is it really worth it?

Well, yes and a lot of it will come down to some basic behavioural science principles. Firstly, there’s a principle called the Peak-End Rule, which states we are more likely to remember the peak points, not the pain points.

While marketers often create sophisticated user flows, in reality most customers tend to only remember the most recent interactions they had with a brand. The Peak-End Rule says people tend to remember high points (because people are inclined to remember more intense or emotional events) and ending interactions (because of recency bias).

As any telco customer knows, it’s an industry with a lot of pain points: bills, contracts, direct debits, and broken technology are a standard roster of complaints. What Telstra Plus creates is an ecosystem of regular Peak-End points with the brand.

Spending the available points is only a small part of the overall picture. It’s the most recent connection that counts – the earning of points, the offers of what they could earn with pay+points, the family points pooling, or whatever is to come from the program.

And building the volume and frequency of peak points with your customers can only go one way in your NPS scores. And that's up.

CREATING YET ANOTHER AUSTRALIAN POINTS CURRENCY

Even so, Telstra probably debated long and hard whether or not to create its own points currency, especially given none of its competitors have attempted it.

Vodafone, for example, decided instead to opt into the Qantas Frequent Flyer program, where Vodafone customers can earn and accumulate Qantas Points. The strength of the Qantas Point in the marketplace is so strong it's initially going to be a tough ask for Telstra Plus to create real, immediate value for the Australian consumer.

But because the customer experience is so core to the Telstra Plus strategy, it’s imperative that Telstra owns ALL of the peak points – even the burn. Telstra wants to brand the pleasure points and ensure that any positive interactions are associated with the Telstra brand.

Finally, the more Peak-End experiences, the better the NPS is likely to be. A recent Bain survey showed businesses that build loyalty can gain significantly – as much as 20% in NPS over a three-year period.

But even considering the potential gains, launching Telstra Plus four days before the federal election is a bold move, not least because once you enter the loyalty points game it's difficult to step out of. Telstra’s commitment to its 8 million customers is huge.

But by building a raft of positive, more frequent touchpoints and playing to the peak-end rule, it’s more likely that the Telstra Plus program will contribute to building brand satisfaction, brand commitment and eventually NPS.

It’s unlikely Telstra Plus will drive the kind of brand loyalty that gets super fans to tattoo the logo on their arm (inkies, please tell me if you get a rush of Telstra logo requests) but the effort and investment that Telstra is putting into building a positive CX can only raise the bar across the industry. And that’s got to be good for the Australian consumer.