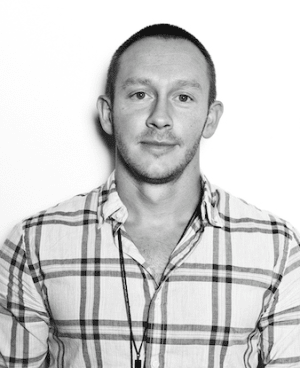 For many media companies – particularly agencies – right now, recruitment is a never ending battle. We’re all fighting for a finite group of people and are constantly trying to fill holes. Someone leaves, we fill that hole and then another hole appears elsewhere. We pinch someone from one agency or they steal someone from us. Then we nick a person from somewhere else before they eventually return the favour. It's a circle that never ends – a leaky bucket situation. We’re all so busy trying to plug these holes, it’s hard to find the time to focus on solving the problem with our creative smarts.

Often our industry is between a rock and a hard place because it’s difficult to find the perfect person for a role so it’s either a case of taking somebody junior who isn't ready for the position or pay over the odds to steal somebody from somewhere else which causes the recruitment budget to go through the roof. It's a short-term view.

Instead, could we, as an industry, be looking for a solution to solve the problem? We're all smart people who get paid to solve our client’s business and communications challenges yet we're not applying that same thinking to this particular problem. We're only adding to it by taking from Peter to pay Paul.

The way I see it, we need a holistic solution that includes a bottom-up approach bringing people into media at the entry level as well as top-down and sideways efforts that attract people of all levels with more transferable skills. The key is to start by asking whether these hires need to know media from the outset or not.

I’m of the belief that people in media don’t always need to come from media and this could well be the solution to our staff shortage issue. It is possible to recruit for attitude, behaviour and personality then teach or overlay media disciplines.

There are loads of people out there that could learn what we do. In fact, I’m one of them. When I first entered the advertising industry, it was as a designer for a creative agency. I had spent four years learning the theory of white space and aesthetically pleasing design but what I mastered on the job was the ability to problem solve. I moved from design to client service by convincing someone to give me a shot. I persuaded them my experience meant I knew the creative process, therefore, I could give their studio better briefs. Years later, I eventually joined the media industry where I was hired by David Gaines, a former construction worker who was then the CEO of Maxus Australia. He was after someone with creative thinking, the ability to conduct research, uncover insights and come up with ideas. As part of the hiring process, I was given a mock media brief. I had no idea what buying media cost so, instead, I responded to the brief with ideas. I was hired five years ago and given on the job training.

At Maxus, we still apply this thinking. Yes, as a media agency, having people with media experience is important, but we believe a diversity of experience puts us in good stead. For example, our analytics team has a mathematician music teacher and a biology graduate while our strategy department is made up of people who came from client side, creative agencies and even a psychology background.

As an industry, I don’t think we facilitate this sort of entry into the business often enough. It probably happens in pockets, but I think it's too few and far between.

I firmly believe that in many instances if you have the right attitude and behaviour and some related skills, you can come in and get trained in media. We should be opening our eyes more towards that line of thinking. Yes, it requires a greater investment of time and resources in training but the trade-off is a quicker, less stressful recruitment process and the end result is a much more diverse and thriving workforce of new thinkers. The next step is designing recruitment programs to attract these people and talent and culture initiatives to retain them but that’s a conversation for another time.

Drew Usher is the strategy director for Maxus Sydney.