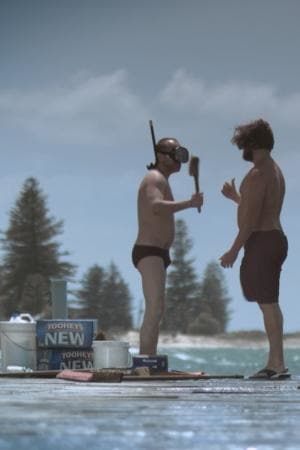 Saatchi & Saatchi's Neal Fairfield has triumphed at the Creative Strategy Awards winning the Grand Prix for the Tooheys New 'Official Currency of the Beer Economy' campaign.

Fairfield was among a host of strategic planners awarded at the Account Planning Group (APG) event, which dished out six gold, six silver prizes and six special prizes as well as the Grand Prix in Sydney last night.

The Lion Nathan campaign, created by Fairfield and Saatchi & Saatchi, also won a gold award for Brand Strategy and a prize for Best Insight.

Other gold winners included: Smart's Guy Marshall and Ashley Farr, who also won in the Brand Strategy category for Kirks, The Brand Agency's Meredith Simpson and Paul Yole who scooped the Channel Strategy category for Curtin University and The Campaign Palace's Karen Dwyer and David Hartmann in the public service or charity category for National Disability Service.

The Campaign Palace's Karen Dwyer and David Hartmann won Best Creative Brief & Briefing for a campaign for National Disability Service and BMF's Marie Agudera won the Best Use of Data prize for her Commonwealth Bank campaign.

Chairman of judges and GPY&R chief strategy officer Jon Steel said: "Neal and his team at Saatchi & Saatchi demonstrated a brilliant insight in this campaign around how Tooheys drinkers use beers to get things done. Great planning - based on solid strategic research and leading to an increase in sales."