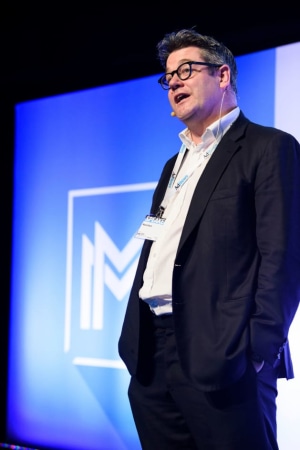 Ritson made the comments in his latest column for The Australian, where he also revealed that digital media giants Google and Facebook offer far greater rebates than local media companies.

Drawing on analysis with TrintyP3 and conversations he has had with media agency executives, Ritson says digital media is a “significant profit lever” for media agencies that are being squeezed on CPMs and find it harder to make margins on traditional media channels.

The TrinityP3 analysis finds that while television, radio, outdoor and news media offers an effective commission of 3% for media spend, digital media can be as much as 7% to 10%.

TrinityP3 founder Darren Woolley told AdNews the commoditisation of media is partly to blame for this flight and that agencies can make significant margins on trading desks as long as businesses view media as a cost.

“The less structured the media channel, the more opportunity there is to make a margin on it,” he says. “Particularly when markets are focused and incentivised on driving down cost and CPMs.”

Although trading desks allow digital media investment to be up to three-times more profitable than traditional channels, this isn't a problem if there is no digital media channel bias.

It's at this point, Ritson makes his most controversial assertion – that there is pressure within certain agencies to push spend towards more profitable media channels.

Urging caution, he wrote: “But one senior ex-agency professional who did not want to be identified confirmed to me that many major media agencies operate 'quotas' for media buying in which they actively incentivise their teams to sell a certain proportion of digital media to clients.

"According to my source, significant internal pressure, both soft and hard, is applied to those junior advertising executives who do not achieve the appropriate level of digital media in their monthly and quarterly sales totals.”

Ritson says that if such quotas do exist, it becomes a far more pernicious issue because it indicates an agency has a “pre-established profit agenda” to sell digital media rather than provide the independent media planning advice.

The column also calls out the commissions that Facebook and Google provide media agencies.

AdNews understands these volume deals are negotiated between the digital duopoly and global media holding groups, which then bind local media agencies to use a certain proportion of media spend in these platforms.

Facebook provides its preferred partners with a cash rebate of around $75,000 to $100,000 for every $1 million of spend, according to an article in The Australian.

Google doesn't provide cash rebates, instead it offers extra inventory in volume deals of up to 20% or $200,000 per $1 million in spend which agencies can then on-sell.

Woolley points out that traditional media companies have offered similar, albeit smaller, incentives for years, where an agency holding group would negotiate a volume deal with one or two TV networks and encourage clients to buy inventory from these channels.

An agency might receive $30,000 worth of value per $1 million spend, according to an accompanying article in The Australian.

This perfectly legal practice is still apparent in media plans seen by AdNews, but clients will often turn a blind eye to receive savings in inventory cost that volume deals can deliver.