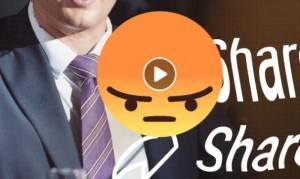 Facebook has been forced to amend its adverts by removing the term 'fake news', following outcry from Free TV Australia.

The organisation's Commercials Advice department, which provides classification and information services to advertisers, agencies and production houses in relation to television commercials and infomercials, says the ad had not been classified correctly before broadcast.

Speaking to AdNews CEO of Free TV, Bridget Fair explained how commercial broadcasters are subject to a number of regulatory obligations that do not apply to other advertising platforms, including a licence condition for all “political matter” to be tagged.

“Facebook recently submitted an advertisement for review by Commercials Advice and was advised that the advertisement contained a number of elements that would bring it into the scope of the political matter licence condition and would therefore require a tag,” Fair says.

The scope of political matter has been considered by the Australian Communications and Media Authority (ACMA) to be very broad, but nonetheless it seems rules are rules and Facebook has breached them, the body argues.

Fair says it was “frustrating” for Free TV that Facebook’s original ad was able to run on all other media without the requirement for a political tag.

“This is just another example of commercial television broadcasters being subject to outdated rules and regulations that do not apply to other platforms, and which impede our ability to effectively compete in the modern media environment,” she says.

Speaking to AdNews, Facebook Australia and New Zealand MD Will Easton says it consistently listens to community feedback which tells them they want to understand what Facebook is doing about recent concerns around social media.

“This campaign is designed to respond to that feedback and show the actions we are taking,” Easton says.

“The advertising market is highly competitive and we recognise the value of multiple channels to reach consumers. We want to run this on TV.”

Some media agency buyers who did not want to speak on record, described the FreeTV move as a “childish” excuse to “flex muscles” over Facebook.

Fair adds: “Commercial television is in the business of showing as many ads as possible. We welcome revenue from all possible sources.

“There was only goodwill on our part in trying to work with Facebook to get their ad on air. Unfortunately we have to work within the rules we are given.”

Did you catch the ad?