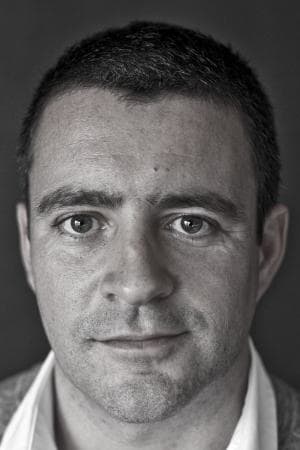 If GroupM's chief digital officer Danny Bass is right, the stampede by media agencies to build their own trading desks for online inventory, known as demand side platforms (DSPs), is about to usher in changes not seen for 10 years in online media.

It also spells real trouble for online advertising networks, which have created havoc in recent years for the traditional online portals such as Ninemsn and Fairfax Digital, by bundling unsold online ad space from a diverse range of smaller publishers at hugely discounted prices.

GroupM went live with its DSP this week and online media vendors - not just the ad networks - should be worried.

Bass claims in the next 12 months, GroupM will slash by two-thirds the number of media vendors it will buy ad inventory from. GroupM currently trades with about 300 online media companies. "This is the biggest change to how digital media is bought and sold in the last 10 years," says Bass.

"I don't know what the ideal is yet but we're looking to reduce the media vendors by at least two-thirds over the next 12 months. Last year we had close to 300. The media vendors we will stick with will be those who can offer as wide a range of services which suit our client objectives.

"So if a large publisher can talk to us in premium inventory, DSPs or performance inventory, mobile, social and potentially search, that covers the main areas our clients want to spend money on. But it might be that we're looking at one site or a publisher that owns a particular category - if you look at carsales.com.au or shespot, who only do one thing but do it very well, they're in a good position.

"Whether it's video, paid content, or category ownership, the changes in digital media mean vendors are going to have to be very clear what they stand for."

The first casualties will be ad networks selling both cheap and premium inventory. Bass says that based on early trials with GroupM's DSP, it is already delivering an "infinitely better ROI for our clients".

Ikon's national digital director Ellie Rogers agrees: "In terms of results, ad exchanges and DSPs have been absolutely incredible," she says. "About 80% of our digital direct response now goes through a DSP and through to the ad exchanges. As an example, a large client of ours had a CPM reduction of 65% and that is now consistent. It's still digital direct response but we're really excited about it. This is a bigger project. How can you get remnant TV inventory through a DSP because that would be a massive game changer for the way our whole business works."

Adconion's Asia Pacific president, Alex Littlejohn, concedes the 35 or so online ad networks operating in Australia are in real trouble, but not his.

"Of those 35 networks, a good chunk of them are going to be affected in a big way," he says.

"Will DSPs take over from ad networks? They'll take over from those that don't add any value beyond targeting and segmentation and they'll do that on the basis that agency groups can get their DSP campaigns to perform at least as well as the [ad network] incumbents," says Littlejohn.

"Our point of view is that the agency DSPs are going to become the specialised units within agency groups who will focus on audience targeting, segmentation and direct response campaigns. While DSPs are new news
here, they were launched in the US more than two years ago.

"And what we're seeing in the US is that those trading desks operating the DSPs are still essentially coming to one or two of the top platform partners and saying, 'You have that audience I can't get, so we need to work with you'. So we don't feel we're going to be affected."

This article first appeared in the June 3 2011 print edition of AdNews as part of the Emerging Platforms special report.